What Does the Future of Astronomy Hold? We’ll Find Out Soon

Astronomers gear up for another 10-year survey to figure out which telescope projects will make the cut. 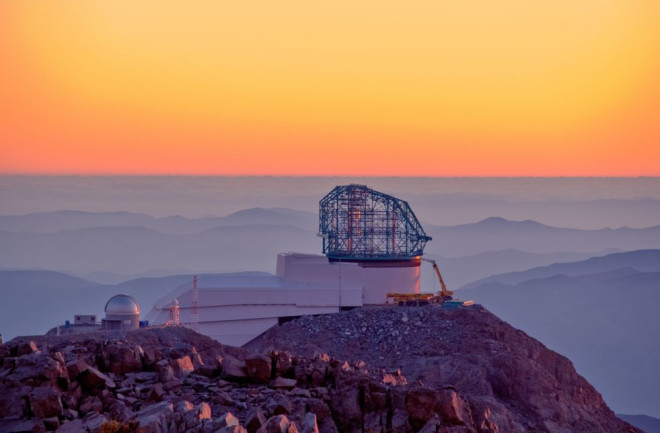 This article appeared in the September/ October 2020 issue of Discover magazine as "A Census for the Stars" Subscribe for more stories like these.

Every 10 years, Americans undergo a familiar ritual: the U.S. census. Forms appear in the mail and workers start knocking on doors, all to get an accurate count of the U.S. population. The data collected provide a snapshot of the country, allowing officials to understand demographic changes in order to better allocate resources — and representatives to Congress — across the map.

A similar process unfolds in astronomy: Every 10 years, researchers conduct their own census of the field to plan for the future. Known as the Astronomy and Astrophysics Decadal Survey — or simply, the decadal — the effort is mandated by Congress, and aims to identify the top priorities in the discipline. (Inspired by the American astronomy decadal, other countries, and some other sciences in the U.S., also conduct their own regular surveys.)

The final product, written after extensive committee review and input from the astronomy community at large, lays out the top goals for space- and ground-based telescopes for the coming decade. The stakes are high: A project that makes the top spot of the astronomy wish list in the looming Astro2020, as it’s called, will likely be fast-tracked for completion, while projects rated lower might languish and be left behind.

Because astronomers write the final report, funding agencies like NASA, the National Science Foundation (NSF) and the Department of Energy pay attention. “Ultimately, it’s one of the most important things that this field does,” says Caltech astronomer Fiona Harrison, a co-chair of Astro2020.

And since the decadal is, by definition, a list of the most sensational research and cutting-edge tech possibilities, it’s also a fascinating snapshot into the future of astronomy. “It’s a really energizing process for the community as a whole,” says Rob Kennicutt, an astronomer based at the University of Arizona and Texas A&M University, and the other co-chair of Astro2020. “There really is a buzz and excitement about it.”

So how does it all work? The process begins with so-called “white papers,” documents written by any member of the astronomical community that cover areas in which the field is growing. Astro2020 received hundreds of them.

All white papers are read and evaluated by three levels of committees and subcommittees, made up of dozens of astronomers who are leaders in their specialty. The members consider the progress in the last decade and the big questions to be answered in the next decade (and beyond) before a final prioritization is made. Typically, their final decision will focus on top initiatives in space and on Earth, and will highlight some smaller projects as well.

“It’s been really interesting to see how the state of the community has changed over the decade,” says Kennicutt. Data science, for example, was scarcely considered in astronomy a decade ago. Now, the topic has a few dozen white papers devoted to it.

Other topics, like telescope funding, are always a popular discussion. Many revolutionary telescopes in astronomy owe their existence to getting top billing in previous decadals. In 2010, the top ground-based telescope was the Vera C. Rubin Observatory (known then as the Large Synoptic Survey Telescope), which is planned to have a giant 330-inch mirror that scans the entire sky every few nights. When the telescope is operational, new data will become public every day, allowing astronomers and interested members of the public to spot new transient objects, ranging from supernovas to signals from gravitational wave mergers, almost immediately. The Rubin Observatory will also seek out asteroids, with the goal of finding large ones that may pose a threat to Earth someday. After the observatory won top priority in the 2010 decadal, the NSF awarded a collaboration of astronomers $27.5 million to start building it; construction began in 2014. The first use of the telescope, known as “first light,” is scheduled for 2021. Astronomers expect the instrument to revolutionize astronomy.

However, the process from selection to reality is not always so smooth. The James Webb Space Telescope was the decadal’s top priority in 2001, but, plagued by delays in its construction and unanticipated costs, it won’t launch until 2021.

Another top space mission 10 years ago was the Nancy Grace Roman Space Telescope (previously called the Wide Field Infrared Survey Telescope), an orbiting observatory designed to have the sharpness of the Hubble Space Telescope but a field of view 100 times larger. The Roman Space Telescope could help answer questions from the nature of dark energy to the possibility of life on extrasolar planets. But it’s faced several budgetary crises and won’t launch until the mid-2020s. NASA has asked the Astro2020 committee to take another look at the Roman Space Telescope and two other missions yet to be fully realized.

A rendering shows the interior of the Vera C. Rubin Observatory, which is currently under construction in Chile. It will scan the entire sky every few nights. (Credit: Todd Mason, Mason Productions Inc./LSST Corporation)

The Instruments of Tomorrow

Unfortunately, all the scientific excitement in the world means nothing without the funding to back it up. There are more ideas this time around, but funding has been inconsistent since the last survey.

For Astro2020, NASA, which funds the space-based science recommendations in the decadal, is delving into more details in the planning stages than it had in previous surveys. The agency tasked the decadal survey committee with evaluating four space telescope concepts and advising which should have top priority for funding, as likely only one can be built. It’s a tough list to choose from. The Large UV/Optical/Infrared Surveyor could be a nearly 50-foot-wide telescope with 40 times the light-collecting power of the Hubble telescope, capable of peering back into the universe’s first galaxies. The Habitable Exoplanet Observatory would look much closer to home, searching for and analyzing the atmospheres of Earth-sized exoplanets in the habitable zones of stars, possibly even answering if we are alone in the universe. The Lynx X-ray observatory would study X-ray radiation that doesn’t make it to Earth’s surface, in order to detect the formation of the first black holes in the universe. And the Origins Space Telescope would peer at infrared wavelengths to study the gas clouds and the dusty discs that form planets.

The field of potential ground-based instruments for Astro2020 also is crowded. Radio astronomers are pushing for the Next Generation Very Large Array (ngVLA), as the original Very Large Array enters its fourth decade of operation. Cosmologists are clamoring for new instruments to study the cosmic microwave background, or radiation from the young universe, to unravel the mysterious period of post-Big Bang rapid universal expansion called inflation. And the committee also will reconsider the progress and value of the Thirty Meter Telescope project, a huge optical scope that has faced numerous hurdles due to its planned location on Mauna Kea, land sacred to native Hawaiians.

Astro2020 also will evaluate how the field of astronomy is conducted, examining metrics such as education, training and diversity and inclusion — a first for a decadal. Though the 2010 survey did make some unofficial recommendations on those topics, this will be the first year these issues have a designated subcommittee.

For example, one topic of increasing discussion is how credit is given in large collaborations. “A lot of young people are raising the alarm on things like lead authorship in a thousand-member collaboration,” Kennicutt says. Astronomy will increasingly require groups of hundreds, or even thousands, of astronomers to collaborate, so dividing credit fairly is a big concern, and it is hoped the decadal survey can provide guidance.

This guidance, and the guidelines for new projects, will chart a course for astronomy. The final report will be released in 2021. And although the telescopes that astronomers pick will likely not see first light for many years, the time for dreaming and planning is now.