New data could help prevent lightning-caused wildfires in the future for central and northern California. 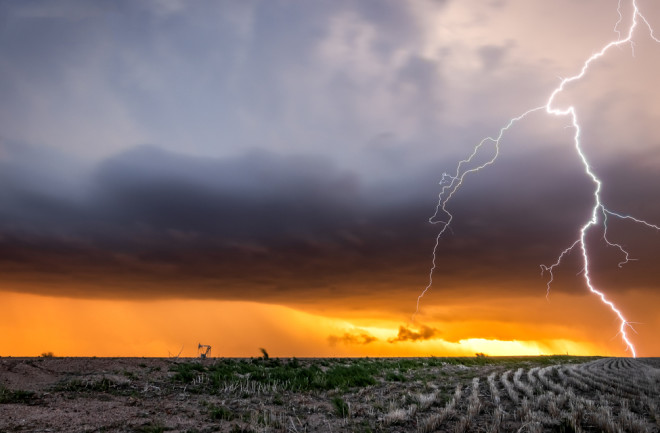 Fire season in California used to rage from May to October. Now, with severe droughts and other environmental impacts due to climate change, California faces wildfire risk year-round. A new study found that dry lighting may be the leading cause of California wildfires.

Researchers from Washington State University Vancouver put together the first, long-term climatology of dry lightning in central and northern California. Dry lightning occurs with less than 2.5 millimeters of rain.

“Wildfires are a growing threat in California as the climate continues to warm. Unlike human-caused fires that originate in a single location, lightning outbreaks can strike multiple locations and start numerous simultaneous wildfires, creating a substantial challenge for fire response,” says Dmitri Kalashnikov, lead author of the study, in a press release. “This happened recently in 2020 when multiple lightning-caused fires burned nearly one million hectares across this region, and other prominent widespread lightning-caused wildfire outbreaks also occurred in 1987 and 2008.”

Pulling data from the National Lightning Detection Network, the researchers counted daily lightning strikes and precipitation rates between 1987 to 2020. After combining that data with atmospheric reanalysis, they characterized the climatology of dry lightning and other associated meteorological conditions during May through October – the typical fire season.

According to a press release, moisture high in the atmosphere above the hot and dry lower atmosphere caused dry lightning in central and northern California. They also determined that dry lightning strikes can happen at any time between May and October, regardless if it is a “quiet lightning year.”

“Understanding the meteorology of dry lightning across this region can inform forecasting of possible wildfire ignitions, helping to better constrain future risk of wildfire ignition in California and can aid fire suppression efforts, as firefighting resources can be strategically pre-positioned in at-risk areas,” explains Deepti Singh, co-author of the paper in a press release.