Don't Be A "Woman In Science" 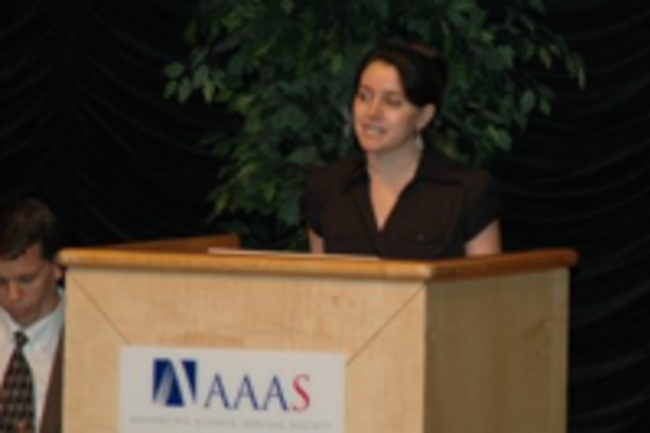 Every week or so, someone asks yours truly to weigh in on women in science. I have. Including a couple of times here. But like Britney's career, the subject keeps making a comeback...

How do we break through that glass ceiling, defy expectations, and succeed in a man's world?

Now more than ever, it seems that science bloggers everywhere are exploring feminist philosophy and the gender divide. And so ladies and gents, what do you think it means to be a woman in science and when is femininity alright in the lab? Most recently, there's been discussion of whether we (science blogettes) should take some responsibility for how we reflect women in science to the world at large. Here's the thing though. As much as I'm interested in promoting women, the best suggestion I can offer every young person--budding scientist or otherwise--is not to follow any particular model, but forge her or his own path. Be unique, don't compromise to fit a prescribed cast. This isn't novel advice, but Polonius and Jimmy Eat World were on to something... Speak in your own special voice and charge ahead full speed.

Science is after all, a very creative process so you'll stand out from the pack by being your-one-in-seven-billion-self. And remember it's okay to express the many dimensions of your personality from serious scientist to rock star drummer and back again. Because it's boring to subscribe to anyone's notion of what it means to be whatever it is you aspire to be in the same way it's boring to be another cog in the wheel. Throw some sand in the gears and shake things up when appropriate. We rarely remember those who play by every rule, so take the road less traveled and see where it leads. In other words, don't try to be a "woman in science." Be yourself. And shine.