With at-home DNA testing, anyone has access to discovering people with shared DNA. But this could lead to exposing longtime family secrets. 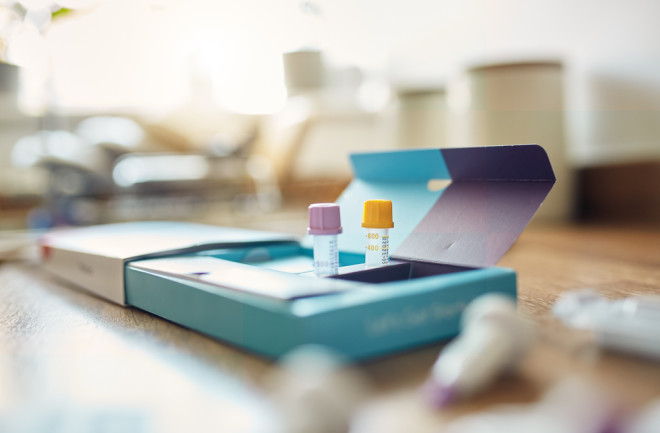 In the autumn of 1971, a babysitter in Texas held a baby named Melissa, then 22-months-old, while her parents were at work. But the babysitter didn’t return later in the day as planned, and instead kidnapped the child.

For the next five decades, Melissa’s parents and siblings searched for her. In 2018, the family set up a Facebook page dedicated to finding her. They also took DNA ancestry tests in the hopes their missing sister would do the same.

The ancestry approach worked. In 2023, a family member matched as a relative with one of Melissa’s children through the testing service 23andMe. Melissa, who was raised as Melanie, reunited with her family and told reporters she was surprised to learn she had been kidnapped as a baby.

Other users have reported their own surprises. DNA ancestry tests have made paternity tests widely available for the first time in history, and are exposing longtime family secrets.

Paternity tests were first introduced in the 1920s as basic blood comparisons. If a mother, for example, was type A and her child was AB, then a man with type O was not the father (as Maury Povich would say).

DNA paternity tests required consent (or a court order) to receive samples from both the child and the suspected father. The introduction of ethnicity DNA tests, however, eliminated the need for consent. A person simply opted-in to matching with relatives, and half-siblings or unknown cousins appeared.

As seen with baby Melissa, neither the child nor the parent even had to be involved in the process. Extended family can see each other’s shared DNA and make the connection on their own.

People have learned they were adopted or had a different father than they were raised to believe from surprise branches on a family tree. Ancestry DNA tests have also revealed some babies were inadvertently switched at birth.

In one instance, a woman living in Washington state, Alice, was surprised in the early 2010s when an ethnicity DNA test revealed she was half Irish and half Eastern European. She always believed both her parents were Irish.

In the coming years, she took more tests and learned she was half Ashkenazi Jewish. Her siblings’ tests were similar, which confirmed they all had the same parents. The mystery continued, especially after a cousin on her father’s side took a test and did not match as a relative. They began considering other possibilities. Maybe their father was switched at birth or his parents posed as Irish to leave Europe.

Alice’s father was born in a New York City hospital in September 1913. She considered the baby mix-up possibility and scrutinized hospital records. She tracked down relatives of the boys born the same week as her father and paid for one descendant’s DNA ethnicity test, but it wasn’t a match.

Eventually, her paternal cousin’s ancestry account alerted that a new relative had been added. The family was able to speak with the relative and unravel the truth. Alice’s father was indeed switched at birth with the newborn son of Irish immigrants.

Alice’s father grew up in an orphanage after his mother died before his first birthday. His Irish identity was his only link to his past, and his children even had the Irish ballad “Danny Boy” played at his funeral. Both baby boys never knew of the mix up or the truth about their actual ancestry.

Most people who take ethnicity DNA tests will not have a shocking result, such as baby switching or a kidnapping situation, but they may be surprised by the ethnicity test results.

Testing services like Ancestry DNA warn users not to jump to conclusions if the results aren’t as expected. People in neighboring regions (say France and Germany) may share DNA similarities. Similarly, regions that were once occupied by another country (like Southern Italy by Spain) can also have similarities.

How genes are inherited can also surprise users. Parents pass on half of their genes to their children, but they don’t do so in equal quantities. A parent of Mexican-Italian-Lebanese heritage, for example, won’t pass 16 percent of each ethnicity. A child’s test results might read 30 percent Mexican and 20 percent Lebanese. So, although the family line includes Italian heritage, it might not show on the test.

Testing services also admit that some populations, especially indigenous people, are not well represented in the comparison groups, and means users might not see their heritage reflected in the results.

These limitations are why legal advocates argue courtroom settings should not use ethnicity DNA samples. In 2018, Canadian officials used an ethnicity DNA test to determine a detainee was Nigerian, not Liberian. Officials had been trying to deport him back to Liberia, but border agents there had no record of him. In this case, advocates argued that ethnicity DNA tests don’t tell the full picture and shouldn’t be used against a person in court.