What Blood Types Can Reveal About Our Health

While many people can't discern A positive from O negative, these classifications can help determine one's risk for certain conditions. 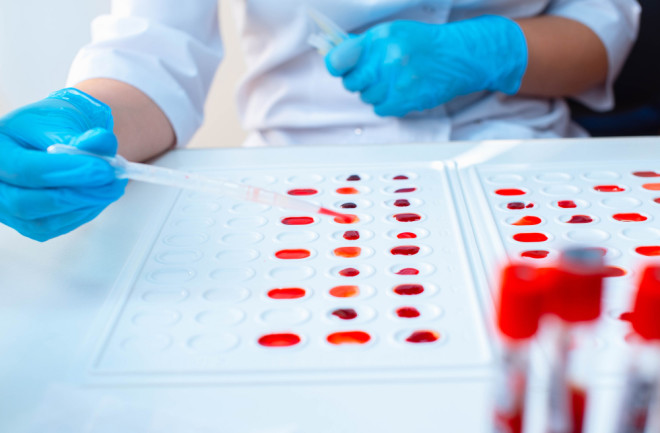 While blood types are often overlooked factors in our overall health — only 66 percent of Americans reported knowing their blood type in a 2019 CBS News poll — they may have more weight than scientists previously realized.

Most people rarely need to think about it outside of emergency blood transfusions or donations. However, research suggests that blood types are worth paying attention to and can affect factors like organ function and disease risk.

Up until the last century, doctors weren’t even aware of these important classifications. That changed in 1901 biologist Karl Landsteiner discovered the ABO blood type system, earning him the Nobel Prize in physiology and medicine in 1930. His work has since significantly improved the safety of blood infusions, which must be matched carefully to avoid a harmful immune response.

Here’s why: Blood types are determined by antigens, which are a type of protein on red blood cells. The four major blood groups are determined by the presence (or lack thereof) of A and B antigens, according to the American Red Cross. Red blood cells also have a protein called the Rh factor, and its presence indicates a positive blood type while its absence denotes a negative blood type. Overall, there are eight typical blood types: A+, A-, B+, B-, O+, O-, AB+, and AB-.

The Information in Our Antigens

As it turns out, major organs like the brain, ovaries and heart can be predisposed to behave differently depending on one’s blood type. Since scientists highlighted an association between type A blood and gastric cancer in 1953, studies have identified plenty of other possible connections.

For example, it is now thought that people with blood types A, B and AB are over 80 percent more likely to develop memory and cognition problems, which could stem in part from their increased odds of related health conditions like high blood pressure and diabetes. It has been found that type 2 diabetes is associated with a higher risk of Alzheimer's disease. And people with type A blood are more likely to have relatively high cholesterol levels, which have been associated with certain types of dementia.

While blood type can raise people’s risk for certain conditions, it could also lower their risk for others: Individuals with type O blood are less likely to have type 2 diabetes but more likely to suffer from fertility issues, such as a “diminished ovarian reserve,” which is when the ovaries lose reproductive potential. Meanwhile, those with type B blood have a lower risk of kidney stones, but a higher risk of heart disease.

Diseases like cancer can also be linked to specific blood types, according to Stephanie Venn-Watson, a veterinary epidemiologist and public health researcher who has studied the connections between disease risks in humans and animals. There’s an association between “blood type A and a higher risk of cardiovascular or heart disease, gastric cancer and a COVID-19 positive test,” Venn-Watson says. “Conversely, people with blood type O are reported to have a lower risk of cardiovascular disease, pancreatic cancer and a COVID-19 positive test, but an increased risk of peptic ulcers.”

While it may seem discouraging that something so out of our hands can have major health ramifications, we aren’t completely powerless. If you have a blood type that is associated with higher odds of heart disease, consider eating heart-healthy foods and exercising regularly. If your blood type is correlated with elevated stress levels, consider effective stress-management activities like acupuncture, meditation and yoga.

Ultimately, lifestyle is one the largest determining factors of health. Being proactive about your sense of health and wellbeing doesn’t necessarily require you to immediately upend your habits simply due to your blood type. “It is good, however, to work with one's physician to develop a healthy routine based on your current lifestyle and genetic predispositions,” Venn-Watson says.