Cracking the Cold Case of a 1,000-Year-Old Mummy Murder

The investigation of mummified remains from a thousand years ago reveals that these South American males were brutally murdered. 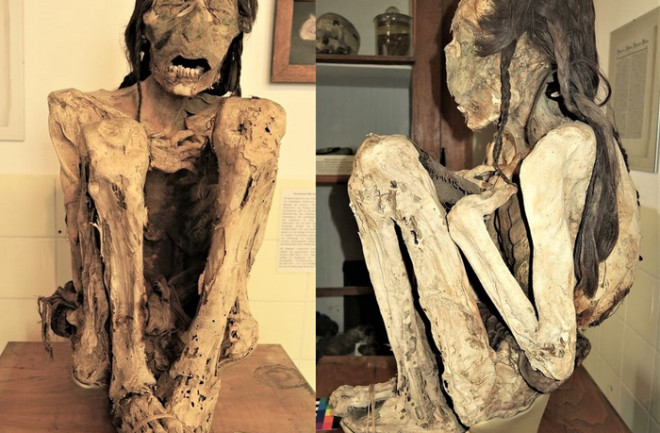 Though we tend to think that the ancient world was teeming with violence, is that idea actually accurate?

A new study of millennium-old mummies says yes. It states that two of the three South American specimens involved in the investigation showed signs of being brutally murdered.

Skeletons, Mummies and Signs of Struggle

Was violence widespread within the ancient world? It’s a question that some scientists have attempted to answer through the analysis of ancient remains. Yet, although skulls and skeletons have already revealed that more than 20 percent of the remains of South American males show signs of violent struggles, mummies remain a relatively untapped source for this sort of information.

For one of the first times, a team of researchers recently implemented non-invasive imaging techniques to study three separate millennium-old mummies from South America.

"We show lethal trauma in two out of three South American mummies that we investigated," says Andreas Nerlich, a study author and pathologist at the Munich Clinic Bogenhausen in Germany, according to a press release. "The types of trauma we found would not have been detectable if these human remains had been mere skeletons."

Scientists know that there’s more than one way to make a mummy. Though the most famous method involves intentional, methodical preservation, mummies may also take shape if the fleshy tissues of a dead body naturally dry out prior to their decomposition. This natural method occurs most often in arid areas, such as the southern zones of South America.

All three of the mummies involved in this investigation likely formed though this natural method. The first, a 20- to 25-year-old male, came from the Arica region of Chile and died around 1025 to 875 years ago. The other two, a male and a female, came from Arequipa region of Peru, with the male dying as many as 1120 years ago and the female dying more recently, only 800 years ago.

After thoroughly imaging these three mummified individuals, the researchers then reconstructed their deaths to reveal that both males died as a result of vicious and deliberate violence. The first fell after being stuck on the skull and stabbed in the back, while the second appeared to have been injured intentionally near the neck, succumbing almost instantaneously. Only the female died due to natural causes.

The researchers say that their results may mean that the ancient world of South America was much more violent than previously thought.

"Importantly, the study of human mummified material can reveal a much higher rate of trauma, especially intentional trauma, than the study of skeletons," Nerlich concludes in a press release. "There are dozens of South American mummies which might profit from a similar investigation as done here."

More From Discover
Health
Walking vs. Running Benefits: Should You Walk or Run for Exercise?
Health
What is the Purpose of Hiccuping?
Mind
Gut Bacteria's Role in Anxiety and Depression: It’s Not Just In Your Head
Mind
Can Playing Video Games Make You Smarter?
Health
Is Vitamin C Actually an Effective Cold Remedy?
Health
Why Walking Might Be One of the Best Exercises For Health
Recommendations From Our Store
My Science ShopDiscover STEM Kits
My Science ShopDiscover 2022 Calendar
My Science ShopStrange Science
My Science ShopElements Flashcards
Shop Now
Stay Curious
Join
Our List