Could a Corpse Seed Life on Another Planet?

A dead astronaut is a veritable ark of microbial life. Could it spark life on an exoplanet? 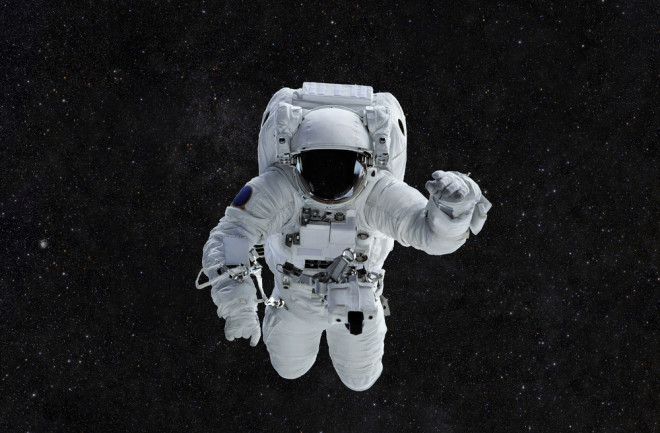 One day, it's bound to happen. An astronaut dies in space. Maybe the death occurred en route to Mars. Maybe she was interstellar, on board a solo spacecraft. Or maybe the body was thrust out an airlock, a burial at space.

That corpse (or the corpse's spacecraft) could spend anywhere from decades to millions of years adrift. It would coast listlessly in the void, until the creeping tendrils of gravity eventually pulled it into a final touchdown. Likely this corpse will burn up in a star.

But lets say it lands on a planet. Could our corpse, like a seed on the wind, bring life to a new world?

There are roughly two ways you could imagine a human corpse seeding life across the cosmos. Either by delivering living microbes, or — if all those viruses, bacteria, and other germs died in route — sparking the genesis of entirely new life entirely. Both, it seems, are possible.

“If the question is, 'Are there a set of possible circumstances by which a corpse could deliver microbes to a planet that could survive the space environment?' well, then I would say the answer is yes,” says Gary King, a microbial biologist at Louisiana State University who studies microbes that survive in extreme environments.

King argues that our bodies are riddled with microbes we already know can survive vast periods of time in stasis; even in cold, dry environments similar to space. “We've pulled microbes out of permafrost, and there we're talking about organisms surviving around one million years in suspended animation.

Especially if the trip is somewhere close, like to Mars, bacterial spores in the human body will survive for sure,” says King. “It's also possible that other, non-sporing bacteria could survive as well. I'm thinking about microbes like Deinococcus radiodurans, which we know can survive low levels of water and high amounts of ionizing radiation.”

As King sees it, there are three major factors that influence whether or not a corpse could FedEx its microbial life to another planet. The corpse's container, its storage environment, and its flight time.

First, if your corpse has been jettisoned, you're outta luck. “If you're imagining a corpse in a spacesuit floating out in space, I can tell you right now that if it's pulled in by some Planet X's gravity, any surviving microbes would just incinerate in the atmosphere. The corpse would definitely have to be inside something like a spacecraft to survive, and even then the reentry could be pretty destructive,” says King.

As well, the corpse's spacecraft would have to crack open during or after the landing, if any surviving microbes had any hope of spreading. Secondly, you have to consider the storage of the corpse. If the corpse is floating inside a spacecraft that's somehow maintaining an above-freezing temperature—allowing for liquid water—that could be ideal.

“Bacteria also have real limits regarding how quickly they can decay big chunks of organic matter,” says King, “without the presence of animals like worms or beetles helping along the decaying process, the human body could provide fuel for countless generations of bacteria, for many thousands of years.”

But this unlikely environment may not even be necessary. “Interestingly enough, when researchers want to maintain microbial cultures for long periods of time, they basically freeze dry the suckers. You take your culture, freeze it, dehydrate it, and end up with a pellet you can send out to people to re-hydrate and grow. Given that space is kind of the ultimate freeze-dryer. It's not hard to imagine why the ambient environment might not be so bad to store microorganisms,” he says.

The biggest factor of all might be the corpse's flight time. “So, travel within the solar system is certainly within the realm of microbial survival, assuming the corpse is traveling at the rate of something like you're typical satellite,” says King. “But if you want to talk about timescales beyond that, to the millions of years it might take to get to another star system,” like our closest stellar neighbor Proxima Centauri, 4.2 light years away, “then the limiting factor becomes radiation,” says King.

The longer your corpse is floating in space, the more ambient cosmic radiation it's absorbing. Enough radiation will scramble an organism's DNA and RNA with mutations, “and unless those mutations can be repaired during the transit, at a rate equal to the mutations you're accumulating, well then survival becomes questionable,” King says. “When you talk about one-million-plus years with little radiation shielding, then I'd say we're talking about a very limited possibility of microbial survival. But I won't say impossible, if you only need one of the vast number of microbes on the human body to survive the trip.”

Ok, let's assume our corpse makes the trip, but every last one of its microbial cling-ons perish en route. Perhaps the timescale was simply too vast. Perhaps our corpse had been floating for several billion years, outlasting not just its last, hopelessly irradiated microbe, but Earth itself.

Could our corpse — lifeless but loaded with its amino acids and fats, its proteins and carbohydrates—kick-start an entirely new form of life? Both Jack Szostak, a Nobel winning geneticist at Harvard Medical School, and Lee Cronin, a chemist who studies the genesis of life at the University of Glasgow, are in agreement.

The corpse just might, but the conditions would have to be ideal. “The molecules released from the decaying astronaut could potentially provide a boost to a new origin [of life] if the environmental conditions were almost perfect for life to begin, but just a few ingredients were missing or present in too low concentrations,” writes Szostak in an email.

In other words, the corpse would be a bit like a match—not the whole bonfire. Szostak is sure to mention that “if we’re talking about a very simple cell, along the lines of the proto-cells that [arose at] the beginning of life on earth, the astronaut’s molecules” alone would be hopelessly insufficient. In other words, the corpse's molecules alone couldn't just recombine to form a living organism.

Why? Szostak argues that there are certain types of molecules, like DNA building blocks called triphosphates, that he thinks are absolutely essential for creating new Earth-like life, and we know these fragile molecules would have chemically decayed in our astronaut given enough time.

Instead, such molecules would need to be present on whatever planet the corpse's ship crash landed on. Cronin agrees that a human corpse could almost be viewed “as a sort of starter-pack of chemistry to bootstrap the [genesis] of new life,” he says. “But you'd need to consider a few factors.” “First, how many corpses would you actually need to get onto a planet to make sure you statistically have enough organics to get things moving?” he asks. “Imagine a huge planet with an ocean, if you have just a single corpse that gets dissolved in a second or two and that chemistry gets spread very, very thinly. Well, it's very difficult to imagine that corpse might help the process along,” he says.

Better, Cronin argues, would be multiple corpses. Perhaps something like an entire, doomed crew. One which somehow managed to land somewhere like a shallow pool where when corpses' would be ejected, the chemistry could stay together. But it is possible.

“And who knows,” says Cronin, who muses that “hypothetically speaking, it's not impossible to imagine that life on Earth could have started through a similar process.”