Can weather swing an election? 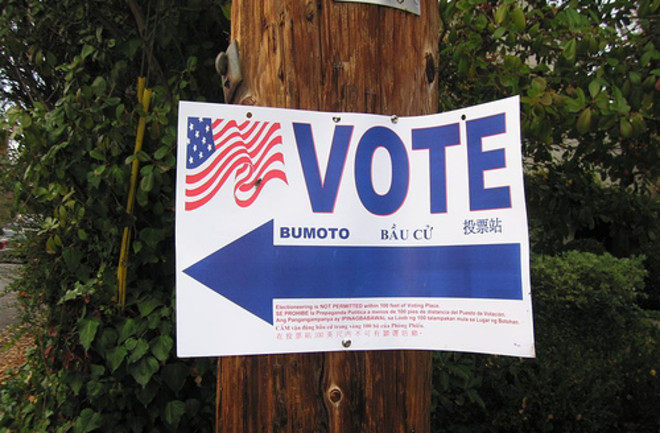 Photo: flickr/hjlIt's pretty obvious that weather can affect overall voter turnout; many people just don't want to go out in the rain, even if it's to exercise their civic duty. But does weather affect some political parties more than others? Are right-wing voters more likely to skip the polls on a rainy day? Do Democrats forget to vote when the surf's up? Well, not many people go surfing in the Netherlands, but they do have elections and weather, and this study describes the relationship between the two.Weather conditions and political party vote share in Dutch national parliament elections, 1971-2010. "Inclement weather on election day is widely seen to benefit certain political parties at the expense of others. Empirical evidence for this weather-vote share hypothesis is sparse however. We examine the effects of rainfall and temperature on share of the votes of eight political parties that participated in 13 national parliament elections, held in the Netherlands from 1971 to 2010. This paper merges the election results for all Dutch municipalities with election-day weather observations drawn from all official weather stations well distributed over the country. We find that the weather parameters affect the election results in a statistically and politically significant way. Whereas the Christian Democratic party benefits from substantial rain (10 mm) on voting day by gaining one extra seat in the 150-seat Dutch national parliament, the left-wing Social Democratic (Labor) and the Socialist parties are found to suffer from cold and wet conditions. Cold (5°C) and rainy (10 mm) election day weather causes the latter parties to lose one or two parliamentary seats."

Discoblog: NCBI ROFL: Election week flashback: Democrats and Republicans can be differentiated from their faces.