Can the Human Body Make Its Own Morphine? 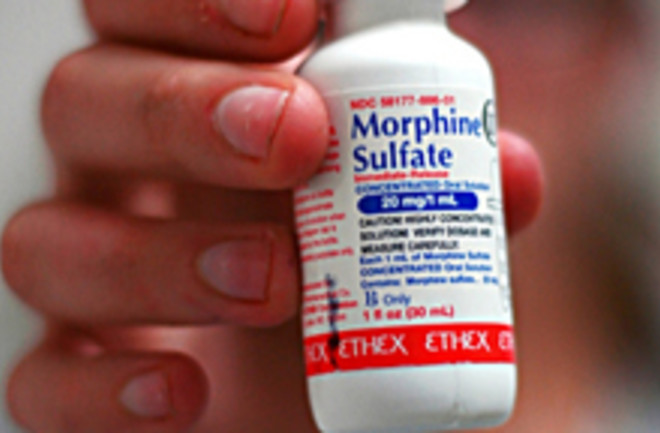 Who needs poppy plants to produce morphine? Last month scientists said they'd isolated the genes those plants use to synthesize the narcotic chemical and made it themselves in a lab. Now, in a study in the Proceedings of the National Academy of Sciences, another team has suggested that we mammals might possess the pathway to create our own morphine. Because we have receptors for the opiate in our brains (which makes it such an effective and addictive painkiller), and because morphine traces show up in our urine, scientists had long wondered if animals could produce the drug themselves.

. In addition, the body breaks down and changes morphine, which complicates the task. To sort out this mess, researchers injected mice with tetrahydropapaveroline (THP). Human brain cells have this chemical, and plants use it to make morphine. After the injection, mice started to turn the THP into salutaridine.

In morphine-producing poppy plants salutaridine is then converted to thebaine, which undergoes further reactions to become morphine. The researchers show that mice can also do that chemical conversion, as well as others needed to generate morphine [Science News]

"This paper seems to be one of the most definitive I've seen," says Chris Evans, a neurobiologist and expert on opioid drugs at the University of California, Los Angeles. "They've convincingly shown that there's a pathway there which could possibly produce morphine" [Nature News]

. But to what end? This study simply showed that the morphine-producing pathway is possible; it didn't find traces in tissue. Thus, it can't say for sure that mammals do produce morphine naturally, nor for what it would be used. Pain relief seems the obvious answer, since that's the most common use of plant-created morphine, but the scientists don't know if the body could make enough for that purpose. The other outstanding question is: Did animals and plants evolve these pathways separately, or do parts of it date all the way back to simple common ancestors before the kingdom split? Coauthor Meinhart Zenk is leaning toward independent evolution, because the early parts of the process are different. Related Content: 80beats: The Poppy's Secret: Scientists Find the Genes That Make Morphine 80beats: To Help Heroin Addicts, Give Them… Prescription Heroin? 80beats: A Prompt Dose of Morphine Could Cut PTSD Risk for Wounded Soldiers DISCOVER: The Biology of Addiction DISCOVER: Vital Signs, all our medical mysteries