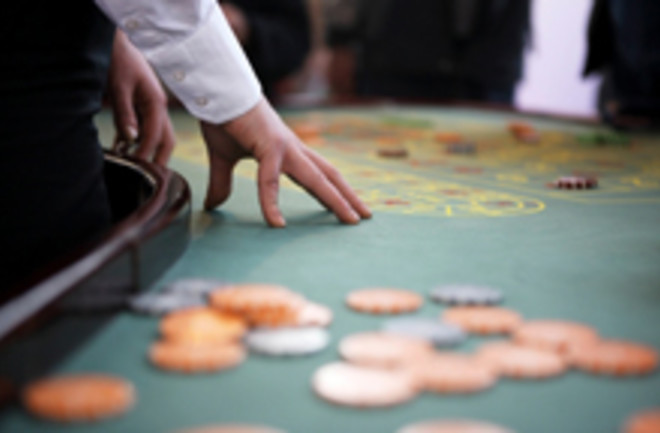 DISCOVER's own Eliza Strickland had a report last week in Salon about a class action brewing in Canada, in which 119,000 gambling addicts are gearing up to sue Loto-Quebec, the manager of the province's gambling operations. The plaintiffs, a group of gambling addicts, are claiming that slot machines "dragged [them] into addiction," and are claiming nearly $700 million in damages. Meanwhile, Loto-Quebec's defense attorneys are scrambling for neuroscientific research to prove that people who develop a gambling addiction are genetically and biologically predisposed to do so. The funding for the defense's research comes from the National Center for Responsible Gaming (NCRG), a nonprofit associated with Harvard University—a link that has raised eyebrows in the past. As Strickland points out, the NCRG is part of the American Gaming Association, a massive casino trade group that has committed funds to the center to the tune of $22 million. Major donors to the group also include Harrah's and MGM Mirage. It's true that the source of their funding alone doesn't preclude NCRG studies from having scientific merit. But we've seen many times that when research is paid for by a private interest with a particular stake in the outcome, that outcome will more often than not wind up serving the private interest. Even shadier, the NCRG was reportedly started as part of a preemptive movement by the gaming industry to avoid ending up like their less fortunate brethren, the tobacco companies. Instead of using Big Tobacco's strategy of trying to deny that their product is addictive, the gambling industry—which pulled in $34 billion in 2007—wants bona fide research on hand to show that it's not only addictive but hereditarily so—as well as restricted to people who have a genetic predisposition for addiction. Call it the "Yes, we know it's addictive for some people, but it's their genes, not us!" defense. Other experts (who aren't on the casino industry payroll) argue that it's too soon to say whether certain people are predisposed to develop a gambling addiction, and to date no genetic marker has been tied to gambling addiction. But whether or not one exists, a successful outcome for Big Gaming could be setting a dangerous precedent for lawsuits to come: Throw around a few impressive-sounding genetic terms and walk away from your misdeeds clean. Image: iStock