Beyond Tupac, Can Hologram Concerts Take Off? 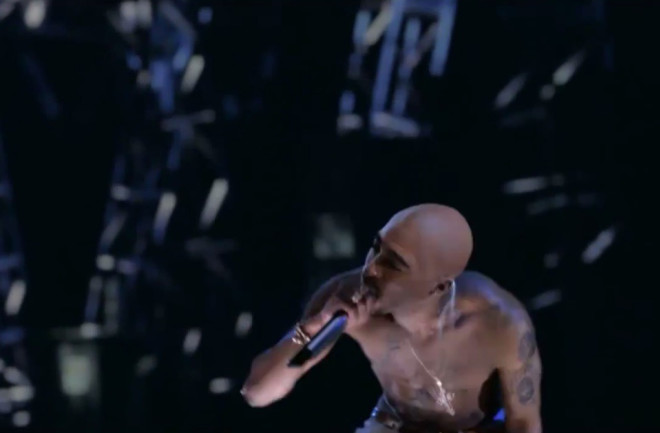 Tupac's hologram performs at Coachella 2012 (Credit: evsmitty/Flickr) There’s little doubt that if Jimi Hendrix, Janis Joplin or Jim Morrison headlined a concert today, it would be the hottest ticket in town. It could happen tomorrow. Entertainment companies are spending big bucks to fit venues with holographic technology capable of resurrecting beloved musicians, comedians and even Jesus Christ. For all the futuristic glitz holograms exude, today’s notable holographic performances are still based on a 19th century parlor trick. However, there are researchers around the world working to bring holographic technology into the 21st century.

John Henry Pepper was a British scientist and inventor who’s best known for making a “ghost” appear on stage during an 1862 demonstration at the Polytechnic Institute in London. Pepper fitted an angled pane of glass on stage to reflect a brightly lit actor hiding beneath the stage. The actor’s reflection was refracted through the angled glass and directed onto the stage. As a result, it looked as if a ghost was floating on stage.

It was fitting, then, that 150 years after Pepper’s demonstration, Tupac Shakur appeared on stage at Coachella in much the same way. A Mylar film was placed on the big stage at a 45-degree angle; a high-definition video feed was projected onto a reflective screen, and finally bounced off the Mylar film to create the illusion. Tupac’s head was digitally recreated, then placed atop a body double. Pepper’s Ghost had returned in a big way. You can see variations of Pepper’s Ghost everywhere: teleprompter screens, Disney’s Haunted Mansion ride and Jimmy Kimmel Live. In fact, the setup is simple enough that you can easily make ghosts appear in your living room with a little effort.

With the help of scientists around the world, holograms are getting a 21st century makeover. There are labs around the world dedicated to advancing holographic technologies in myriad ways. Take, for instance, the Digital Nature Group in Japan. The DNG team combined femtosecond lasers, mirrors and cameras to produce holograms that you can actually touch. A femtosecond is a quadrillionth of a second, and the team’s laser transmits bursts that last 30 to 270 femtoseconds. The image that results is actually light emitted by the plasma created when the laser ionizes the air.

The result is a holographic image that feels a bit like sandpaper or a static shock. However, an incredibly small image is produced. The DNG team is working on producing larger images with lasers, but the proof-of-concept study means all sorts of science-fiction computer displays may someday be possible. Think back to the move “Minority Report,” and you can get a sense of the type of holographic, tangible display that might be possible.

In the meantime, profit-seeking companies are buying up licenses to resurrect our favorite celebrities to put on timeless performances. Alkiviades David, founder of Hologram USA, bought the patent for the technology that created the Tupac hologram. He plans to put on shows featuring Ray Charles, Richard Prior and Liberace to name a few. Even living artists are embracing holograms to perform multiple live shows simultaneously, like Mariah Carey did in Europe a few years ago. The trick now is to digitally reproduce dead icons in a way that is indistinguishable from the real person, as Vulture reports:

It’s entirely possible, even probable, that, at some point, David’s technology will be fully able to create and project a celebrity digital likeness that’s indistinguishable from the real thing, one that moves fluidly and organically and delivers unerringly consistent performances.

For now, holographic performances are still a 150-year-old illusion that's yet to hit the big-time.