Too many deaths and too few forensic pathologists trigger a surprising workforce crisis. 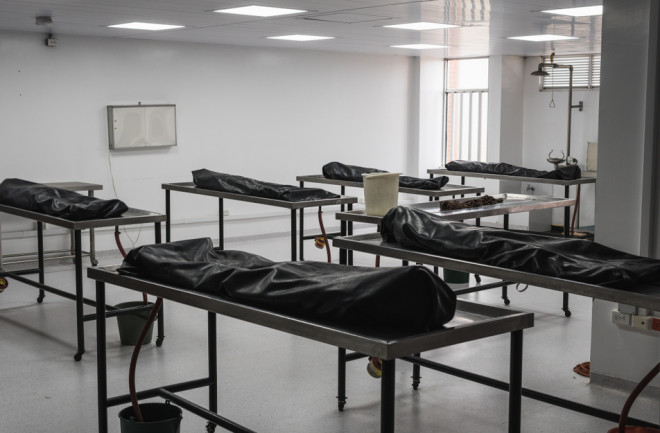 It’s been said that the dead can wait, but as a practical matter, they really can’t, not indefinitely. Yet cities like Los Angeles and Austin have had to rent refrigerated tractor trailers to store bodies. Why? Because medical examiner offices are understaffed and overloaded.

The bodies in those trailers, and in places in other cities, are waiting … to be evaluated by a forensic pathologist. There simply aren't enough of them to do the work, and a surge in homicides and accidental drug overdoses are pushing medical examiners’ offices across the country past capacity.

“There is a critical workforce shortage,” says James Gil, a forensic pathologist and president of the National Association of Medical Examiners (NAME). “Currently there are estimated to be about 500 board-certified forensic pathologists working full-time. In order to cover all the jurisdictions in the country, there would need to be over double that number.”

Although the shortage has been building for years, events in the last year inundated medical examiner offices with cases. Besides pandemic deaths, homicide rates in some cities have doubled. And in 2020, fatal drug overdoses increased 30 percent, according to the CDC.

Accidental drug overdoses typically involve toxicology tests. Homicides usually require an autopsy. NAME, the accrediting agency for medical examiners’ offices, limits a forensic pathologist to conducting 325 autopsies a year (250 is considered the ideal maximum). That means some offices don’t have enough forensic pathologists to begin with, and those on staff have limits as to how much they can do.

Victor Weedn, chief medical examiner for the state of Maryland, says those limits are important, especially when analyzing complex cases where the cause of death is not obvious. “You need time to investigate and think about the cases and look at your microscopic slides and talk to your colleagues about the case, or look into the literature for the case,” says Weedn.

But the pandemic as well as the surge in homicide and drug overdoses has forced NAME to temporarily relax the standard so that medical examiner’s offices can keep up. “My forensic pathologists are doing 400 per year,” Weedn says.

With the exception of suicide, Weedn notes his office has seen an increase in every type of death including homicide, accidental drug overdose, and motor vehicle accident. “We are very overwhelmed,” Weedn says.

Other ME offices are also reporting surges in cases. In Chicago, for example, the Cook County Medical Examiner’s office typically sees between 6,000 and 6,500 cases per year. In 2020, they saw 16,049 cases — half were related to the pandemic. Homicide was up by 50 percent and drug overdoses were up by 40 percent, according to spokesperson Natalia Derevyanny.

As a result, forensic pathologists have to prioritize autopsies and investigations so the remains can be transferred to a funeral director. That means reports are shelved until the pathologist can find a quiet moment to work on them. The result is a delay in the time it takes to send complete autopsy reports to police, district attorneys, or grieving family members.

For the fiscal year ending on June 30, Weedn says 78 percent of autopsy reports were completed within 60 days. Just two years earlier, the completion rate was at 85 percent.

On good days, offices like Weedn’s are able to bring in a per diem forensic pathologist to help ease the burden. That person is typically a retired pathologist, and Weedn says there need to be incentives to attract young pathologists to the specialty. For example, on NAME’s job board, medical examiner offices in places like Arkansas are offering up to $100,000 in student loan assistance in order to attract job candidates. Others are increasingly raising salaries, but forensic pathologists lag behind their hospital counterparts when it comes to income.

“We still make much less than our hospital colleagues,” Weedn says. “You can make $100,000 more for pathology, and in forensic pathology you have to do an extra year of training to make $100,000 less.”

Other offices have taken to courting forensic pathologists already employed with other medical examiners in the hopes they can be wooed by higher pay or a more desirable location. “You’re finding that some offices are stealing from other offices because there is such a need,” Weedn says.

More From Discover
Health
Walking vs. Running Benefits: Should You Walk or Run for Exercise?
Health
What is the Purpose of Hiccuping?
Mind
Gut Bacteria's Role in Anxiety and Depression: It’s Not Just In Your Head
The Sciences
This 2,300-Year-Old Mummy Has a Heart (and Tongue) of Gold
Mind
Can Playing Video Games Make You Smarter?
Health
Why Walking Might Be One of the Best Exercises For Health
Recommendations From Our Store
My Science ShopDiscover STEM Kits
My Science ShopDiscover 2022 Calendar
My Science ShopStrange Science
My Science ShopElements Flashcards
Shop Now
Stay Curious
Join
Our List