The Sun stood still, and the Moon stopped, until the nation took vengeance on their enemies. 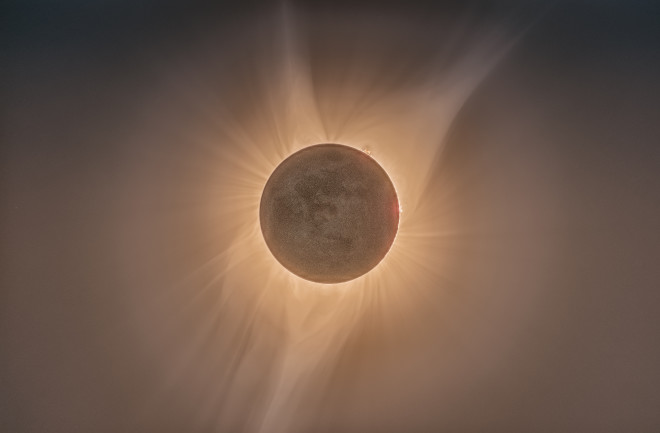 In 1207 BCE, as an army of Israelites waged a bitter conflict against soldiers from Canaan, the sun all but disappeared. The event had all the markings of divine intervention, and the auspicious occurrence would go on to be recorded in the Old Testament. Today, eclipses have lost the aura of religious significance, but this particular occasion was special. It’s the first time we can confirm that an eclipse was ever recorded for posterity, say researchers from Cambridge University.

Their work drew from not only the Bible, but an Egyptian stele and complex calculations describing the movements of heavenly bodies. The new insights provide both a better timeframe for the Egyptian pharaonic dynasties and more precise measurements of changes in the Earth’s rotational speed.

The researchers began with the Biblical passage, one translation of which reads: “And the Sun stood still, and the Moon stopped, until the nation took vengeance on their enemies.” This has been interpreted, though controversially, in the past as a description of a total solar eclipse, but there’s one problem — eclipse models show us that none happened in that area at the time.

That analysis is missing a critical bit of context, though, say the researchers in a paper published in News & Reviews in Astronomy & Geophysics. In ancient times, scholars don’t seem to have distinguished between total solar eclipses, when the moon covers the sun entirely, and just the corona is visible, and annular solar eclipses, when the moon is far enough away from the Earth that it can’t cover the sun completely, leaving a fiery ring. Using a modified model of eclipse timings, the researchers found that an annular eclipse passed right over the land of Canaan (present-day Syria and Jordan) on Oct. 30, 1207 BCE.

With this information in hand, the researchers could match the eclipse’s location with that of the ancient battle. The Bible doesn’t provide much in the way of dates, though. For that, the researchers turned to ancient Egypt. A stele, or massive carved stone tablet, from the reign of the pharaoh Merneptah describes a military campaign in the land of Canaan involving a fight against the Israelites within the first five years of his reign. Merneptah was known to have taken the throne from his father, Ramesses II, around 1213 BCE, about five years before the eclipse would have occurred.

The circumstantial evidence was enough for the researchers to conclude that the Bible does indeed contain the first known description of a solar eclipse. Other, earlier eclipses, may have been recorded as well, but this is furthest back that we’ve ever been able to actually confirm that what ancient scholars were describing happened.

It’s more than just a new record, too. The discovery helps researchers better pin down the rate at which Earth’s rotation has been slowing down over time, something crucial for accurately predicting eclipses. The gravitational pull the moon exerts on the Earth is slowly leaching our planet of rotational momentum, mostly from the sloshing of the tides.

Atomic clocks have shown that we’ve added about 1.7 milliseconds to the day over the course of the past century, a rate that’s held fairly steady recently. That’s not a lot, but if you add up those fractions of a second over millions of years, it starts to get noticeable. Six hundred million years ago, before life moved to land, the day would have been about 21 hours long. We won’t see a 25-hour day for another 140 million years or so.

The rate of slowdown varies based on things like the movement of the Earth’s crust and the climate, and the 1.7 millisecond figure is just an average. Models show that we should actually be gaining about 2.3 milliseconds per century, though, if the ancient trend holds. Researchers think this can be explained by the fact that the Earth’s mass distribution shifted at the end of the last Ice Age, when glaciers retreated toward the poles, but it serves as a reminder that we still don’t quite understand how the planet’s spin evolves. Scientists’ predictions of where eclipses will occur depends on knowing how the Earth’s rotation is changing. If it’s faster or slower, the moon’s shadow will fall on a different part of the planet than predicted.

That the scientists’ model predicted a historical eclipse right around where and when ancient texts said it happened reaffirms the accuracy of their calculations. It also tells us that the 1.7 millisecond per century rate of slowdown held all the way back to 1207 BCE, 500 years earlier than a study using eclipses to model Earth’s rotational slowdown found last year. The knowledge lets us be sure of when the next eclipse is coming, but it also confirms that scientists are looking in the right direction when it comes to understanding how our planet moves through the universe.