Astronomers Might Soon Have Many More Glimpses Into the Early Universe 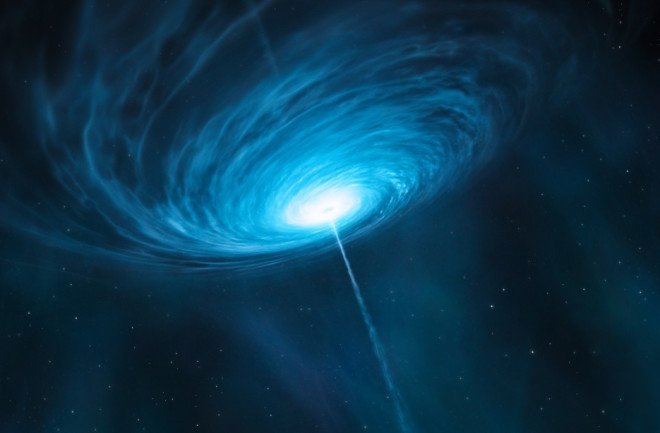 For decades, scientists have been on the hunt for brilliant galaxies in the distant universe. These quasars were first noticed for being spectacularly bright – some of the most energetic objects ever discovered. But astronomers think many of them – in fact, the vast majority from the early universe – may be in hiding, camouflaged behind much closer galaxies.

Because of their brightness, astronomers want to use quasars to probe the era of reionization. This is a time less than a billion years after the Big Bang, when the first generation of stars and then galaxies formed. Quasars are supermassive black holes in the centers of galaxies, actively gobbling material. They’re some of the few objects that can be seen from such a distance, which makes them some of the only glimpses we have of the early universe.

Often even quasars are often too dim to see from so long ago (and therefore so far away). But astronomers have a trick to see far away in the universe: gravitational lensing. This is where gravity from an object in between the observer and the quasar – such as a galaxy or galaxy cluster – bends the traveling light, magnifying its intensity. And given how far away these quasars are, quite literally most of the universe is between us and them. So there should be plenty of stuff in the way to magnify their light.

This means there should be many lensed quasars from this era to view, and yet the first was just discovered this year – and it was very nearly missed. But its discovery and near-miss offered another hint: That these sought-after distant light sources were hiding in plain sight all along.

How to Spot Quasars

Early quasars all appear somewhat similar, so astronomers know what colors the quasars should be. They select their targets accordingly before using better telescopes to confirm them and find out for sure whether they’ve found a quasar, or just a star or galaxy with quasar-like colors.

Fabio Pacucci, an astronomer at Yale University, explains when this system works, and when it fails. He’s the lead author on a new paper about how many quasars astronomers may be missing, published in the Astrophysical Journal Letters on January 10. He was also a co-author on the study about the first early-universe lensed quasar finally discovered.

“This one barely made the cut-off as being identified,” Pacucci says, “because the lensing galaxy between us and the quasar affects the color.” Since the colors are blended, the quasar no longer looks like a quasar, so astronomers never bother looking any closer at such objects. He says that’s how so many quasars are escaping detection.

A compounding problem is that many lensed quasars appear so close to their lens that unless you use an instrument on the level of Hubble, most telescopes can’t distinguish them as separate objects. “It’s very likely that in previous surveys … this problem has been encountered lots of times,” Pacucci adds. And every time, the quasar was identified as a nearby galaxy, instead of as a quasar.

But hope isn’t lost. Pacucci says both problems can be overcome to reveal a wealth of distant quasars. Easiest is to simply change the selection criteria astronomers use to search for quasars, now that they know the quasars’ colors could be blended with closer galaxies.

Second, new telescopes like WFIRST, coming online within the next decade, will be able to look as precisely as Hubble, separating the quasar from its lens, but with a much wider field of view, so they can search for many of these quasars at once.

Pacucci and his colleagues estimate that the vast majority of lensed quasars from the beginnings of the universe are currently being missed. It will take more work, but by changing astronomers expectations for how these quasars appear, a treasure trove of targets from the early universe might be within reach.