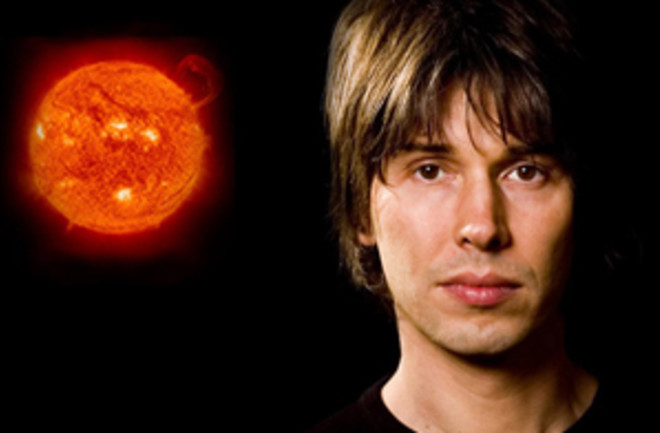 I have not yet seen "Wonders of the Solar System", because it hasn't aired in America yet. It's a BBC astronomy documentary hosted by my friend Brian Cox, and from what I have heard is an extraordinary event. I can't wait to see it. Some folks, though, have a different opinion. Brian, like me, is an outspoken skeptic, and will brook no nonsense. In one episode of the show, he said, "...astrology is a load of rubbish." This is, of course, completely accurate. Astrology has no mechanism, no predictability, and no physical way of working. When tested even using its own standards it fails miserably. Astrology doesn't work, and anyone telling you otherwise is selling something. Just as obviously, those people who are selling something have taken umbrage at Brian's impolitic uttering of truth. They have started a Facebook page where they can get together and reinforce their silliness, make fun of Brian, and grossly misrepresent science. My favorite bit is this, in the page description:

His careless assertion was unresearched, unsubstantiated and unscientific. Has he done any empirical studies? Has he explored his birth chart? Can he cite any scientific studies disproving astrology that are not fundamentally flawed? Of course not. I have certainly never seen him at an astrology conference or read anything written by him about astrology. Cox is simply not qualified to speak on astrology and his comments amount to no more than prejudice.

Yes. Brian, a PhD physicist with decades of training in the scientific method, research, analysis, logic, and critical thinking, who has written a book on relativity and works at CERN on the Large Hadron Collider, is not qualified to speak on astrology. Heh. By the way, astrologers: in the link above I do cite scientific studies that are not flawed and show astrology to be nonsense, just as they trash flawed studies that support astrology. I have explored birth charts and found them to be nothing more than tarot cards/Ouija boards/tea leaves/cold reading tools. I have seen empirical studies, and they all show astrology = nonsense. And "prejudice"? No, it's not prejudice. You just assume that because we disagree with you. But I've studied astrology, and I conclude that it's garbage. That's not prejudice. That's reality. And don't forget: