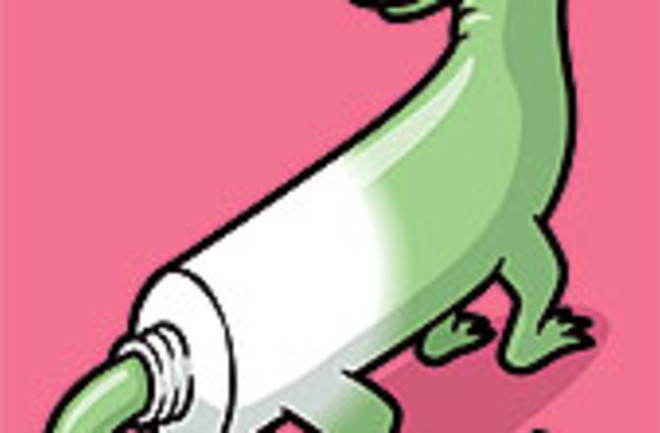 Why and how do lizards grow back separated tails?Jessica Chan, Medina, Washington

Losing a tail is a significant event in a lizard’s life. Herpetologists refer to the process as caudal autotomy (caudal relates to “tail” and autotomy to “casting off a body part”). It is considered an antipredatory adaptation since it is effective at confusing a predator. Although the chance of attacking the tail versus the head is often described as fifty-fifty, many species have brightly colored tails, and they will wag them back and forth to increase the likelihood that a predator will target the tail. When attacked, a lizard releases its tail either by direct trauma or sometimes before it is even touched. The detached tail wiggles with a nervous spasm, distracting the predator long enough for the lizard to escape. The specific mechanism that allows the tail to be released evolved early in the history of lizards. Lizard tail vertebrae have a perforated fracture plane encircling the bone. When a tail is broken, the vertebrae break along the fracture plane, and overlying muscle and connective tissue separate as the tail falls off. Over time, trauma to the vertebrae induces dormant cells to activate, and the tail will regenerate with an underlying tube of cartilage rather than separate vertebral bones. While the ability to lose and regenerate the tail may save a lizard’s life, it isn’t without costs. Should a lizard be attacked twice, it is advantageous to have a regrown appendage. However, tail regeneration is energetically expensive and can also result in lowered social status. Still, it is better than being someone’s dinner.