Around the World, Countries Are Racing to the Moon 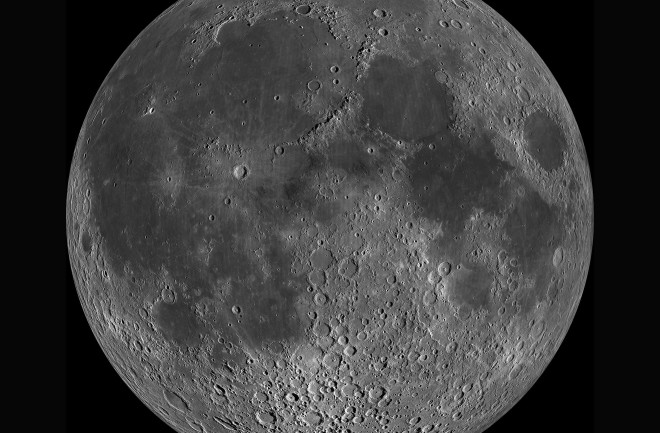 From crash landings to out-of-this-world cotton, 2019 was a big year for lunar exploration. Previously, only the U.S., Russia and China had managed to land successfully on the moon. But now other national space agencies are charging ahead with their own science goals, and private companies of all sizes are finding ways to join in. Not to be left out, NASA is renewing its own plans for lunar exploration. The result has been a year of lunar successes and failures — and lots of big talk — with final outcomes still very much up in the air.

Israel Shoots for the Moon

The lunar lander Beresheet made history this year, though not exactly how its creators intended. Israeli nonprofit SpaceIL, teaming up with state-owned defense company Israel Aerospace Industries, built and operated the craft. SpaceIL was founded for one main purpose: getting to the moon. It was a response to Google’s Lunar XPRIZE, which in 2007 promised $20 million to a company that could land gently on the moon and complete a small series of tasks. No team had claimed the prize by the time it expired, after repeated extensions, in 2018.

The Beresheet mission continued anyway, launching Feb. 22 on a Falcon 9 rocket made by U.S. company SpaceX. It entered lunar orbit on April 4, making it the first privately funded spacecraft — and Israel the seventh nation — to orbit the moon.

But on April 11, as Beresheet approached the surface, a faulty response to a minor sensor failure triggered an engine shutdown. Mission control managed to restart the engine, but by that point it was moving too fast to avoid a crash. When mission control lost contact with the spacecraft, it was less than 500 feet from the surface, and moving at more than 300 mph. (Wired reported in August that the crash landing may also have introduced tardigrades — hardy life-forms that can survive incredibly harsh conditions — onto the lunar surface. Their fate remains unknown.)

China Explores the Lunar Far Side

Chinese state media announced the successful landing of the Chang’e-4 mission on Jan. 3. It’s the first craft to land on the far side of the moon. The spacecraft touched down in Von Kármán crater, which is inside an even larger crater — the moon’s biggest, the South Pole-Aitken (SPA) Basin. Only 12 hours after arriving, Chang’e-4 released its rover, Yutu-2, to begin exploring the surrounding area.

The lander carried a biosphere, a canister about the length and width of a human hand, containing a variety of plant seeds and insect eggs. While pictures sent to Earth showed cottonseed plants successfully sprouting, the container apparently failed to warm properly against the frigid lunar night, and the experiment died after just nine days, instead of the planned 100.

The rest of the Chinese moon mission has proceeded smoothly. The rover outlived its planned three-month lifespan, and the lander looks set to finish out its yearlong mission. Both are continuing to take plenty of pictures, and are also probing the ground with radar and other tools to analyze the interaction of the lunar surface with the sun’s output. And in May, scientists announced that Chang’e-4 may have discovered rocks originating deep below the moon’s surface, in the lunar mantle, which would confirm a longstanding theory: The impact that created the SPA basin struck hard enough to punch through our satellite’s crust into the liquid mantle below.

India Almost Returns to the Moon

On July 22, the Indian Space Research Organisation (ISRO) launched its second lunar mission, Chandrayaan-2. Chandrayaan-1 explored the moon in 2008, sending down an impactor to crash on the lunar south pole and fling up dust for investigation.

As a follow-up, Chandrayaan-2 was designed to map and study the geology of the moon’s south pole. But, to the dismay of scientists, the Vikram lander and its rover, Pragyan, were damaged in a rough landing on the lunar surface in early September.

Vikram and Pragyan were scheduled to reach the moon Sept. 6, but the crew lost contact as the spacecraft descended into the lunar atmosphere. They learned a day later that the spacecraft had crash-landed. ISRO attempted to establish contact with the lander and its rover, to no avail. The crew believes that errors in the automatic landing programming led to the mission’s downfall, according to reports by the Times of India.

Vikram and Pragyan were designed to explore farther south than any previous moon missions. Their success would have made India the fourth nation to soft-land on the lunar surface, the same accolade Israel narrowly missed out on earlier in the year. But for now, it seems those milestones may be many moons away.

The Private Sector Stakes a Claim

Private companies made bold claims for the moon this year, though aside from Israel’s nonprofit SpaceIL, none has managed to get there.

SpaceX has been working on its Starship vehicle as a means to reach Mars for years now. In July, SpaceX CEO Elon Musk claimed that he could land an uncrewed ship on the moon in less than two years, and a crewed ship within four. The first major tests of Starship — using a prototype called Starhopper (below) — have already begun. One of the tests, a tethered launch on July 16 that was literally connected to the ground, ended with the craft engulfed in flames, though it did survive. It went on to successfully complete an untethered “hop” on July 25. Further tests are proceeding.

Meanwhile, Blue Origin founder and Amazon owner Jeff Bezos unveiled in May the Blue Moon lander, a spacecraft that can deliver up to 7 tons of cargo — and possibly crew — to the lunar surface. Along with Blue Moon itself, the company revealed a new BE-7 rocket, which Bezos says has been in development for three years. Blue Origin began test-firing the rocket for the first time this summer, and more tests are underway. Together, Bezos says, these developments are a way to return humans to the moon’s surface — “this time to stay.”

It’s a bold claim for a spacecraft company that’s only reached the edge of space — and never fully orbited. But both private companies are working to push the limits of human spaceflight, and to keep NASA on its toes.

NASA’s own lunar plans have been no more certain this year. The agency hasn’t put humans on the moon since 1972, and had recently focused on Mars as the next big destination, with the moon serving as a pit stop. But in March, Vice President Mike Pence changed those plans, instead calling for Americans — and the first woman — to walk on the moon by 2024. NASA Administrator Jim Bridenstine has estimated the cost of the new program — dubbed Artemis, after the lunar goddess and twin sister of Apollo — at $20 billion to $30 billion.

In July, NASA pushed ahead with a successful safety test of its Orion crew capsule — a project already in development — and later that month Pence announced that it was ready for flight. The plan is for an uncrewed launch to take place after June 2020, with the first human-led flight happening in 2022.

NASA has maintained this accelerated timeline in spite of missed deadlines by Boeing, which was contracted to build the mighty Space Launch System rocket that will carry the Orion capsule into space. Pence and Bridenstine have talked a big game, but it’s unclear how they will meet these looming goals if Boeing continues to fall behind.

In the meantime, NASA has called for, and approved, a series of small science and technology demonstrations as part of its Commercial Lunar Payload Services program. The agency hopes these cargo missions to the lunar surface will start launching on small, private rockets before the end of 2019 — another goal that sounds less like a realistic deadline, and more like wishful thinking.

[This story originally appeared in print as "Race for the Moon."]

Jennifer Walter, an assistant editor at Discover, contributed to this story package.