Support National Library Week and mark your calendar for a total lunar eclipse. 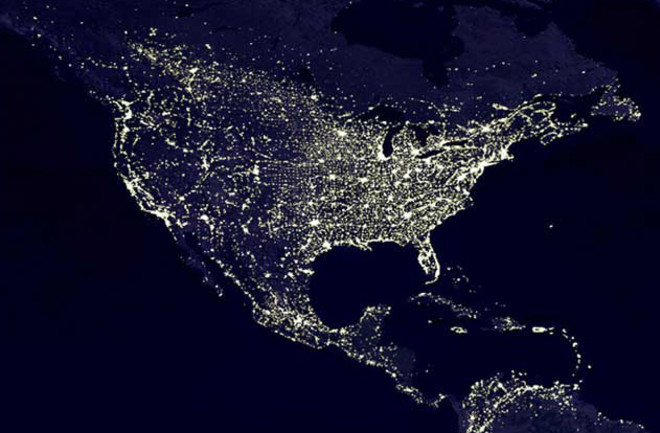 The Globe at Night project invites citizen scientists to record light pollution in their own community. (Credit: DMSP/NASA)

April 1-6: Break out your microscope: After kicking off in late March, NanoDays continues with events across the nation exploring small-scale science, from the structure of a butterfly’s wing to how a hard drive stores information.

April 13-19: Put your library card to use: Take home some Asimov or another sci-fi classic and support National Library Week.

April 15: Large portions of North and South America, the Pacific, New Zealand and eastern Australia are treated to a total lunar eclipse tonight. Check out more coverage from Astronomy Magazine.

April 17: A terminally ill scientist gets uploaded to a computer and goes on a power trip in Transcendence, opening today and starring Johnny Depp.

April 18: The Disneynature film Bears premieres. It is the story of two mother bears, their cubs and their survival in the Alaskan wilderness, getting by with the … bear necessities.

that happened on this day prompted the first government-commissioned investigation into earthquakes and launched seismology into the modern age.

April 20-26: Celebrate International Dark Sky Week with a star party, or take this opportunity to limit light pollution outside your own home.