Though he never stepped on the moon, Worden set a record while alone in lunar orbit during Apollo 15. 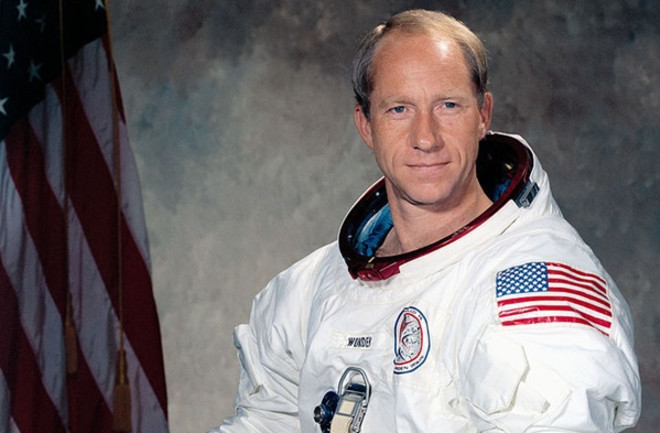 Alfred “Al” Worden — NASA astronaut, Command Module Pilot of Apollo 15, and ruminator of his solo trips around the moon — died in his sleep Wednesday morning at age 88.

“We remember this pioneer whose work expanded our horizons,” NASA Administrator Jim Bridenstine said in a statement.

Worden grew up on a farm in rural Michigan before attending the U.S. Military Academy, where he graduated in 1955. After joining the Air Force, Worden rubbed shoulders with the likes of famed test pilot Chuck Yeager and eventually earned the rank of colonel. In 1966, Worden was selected as one of 19 astronauts in NASA’s fifth astronaut group.

While the other two members of the Apollo 15 crew, astronauts David Scott and James Irwin, explored the moon in person, Worden spent three days circling the moon. During his time in solo orbit, he would often report back to NASA, saying, “Hello, Earth. Greetings from Endeavor,” in 20 different languages over the course of the mission.

During Apollo 15, Worden set the record for being the “most isolated human being” when he orbited the moon while his crewmates treaded on the lunar surface. At one point, Bridenstine said, Worden was 2,235 miles away from his Apollo 15 counterparts.

After Worden left the astronaut program, he moved to NASA’s Ames Research Center in Mountain View, California, where he worked until 1975.

Worden was also known for his multiple appearances on Mister Rogers’ Neighborhood, which Bridenstine said “surely fueled the desire of many children to pursue careers along the lines of his and become future exploration leaders.”

Worden enjoyed water skiing, bowling, and golf, according a 1993 NASA biography. At the 2019 Starmus Festival in Zurich, Switzerland, Worden also reflected on how important music was in his life. In fact, before attending West Point, he even had plans to pursue music.

At that same Starmus, Worden gave a talk where he read poetry reflecting on his time during Apollo 15. In one of his poems, looking back on his time in space, he ponders humanity and the planet we call home.

“Hello Earth! Your life is finite. Does the answer lie out here? If we don’t resolve our problems, life on Earth may be too dear.”

Like all life, Worden’s life was finite — but because of it, the world of astronomy and aerospace is forever changed.