Another Day, Another Science Blog... CORRELATIONS

This is the true story...of eight strangers...picked to share a new science blog...work together, and have their research and interests exposed...to find out what happens when scientists and media experts stop being esoteric...and start getting real...CORRELATIONS. 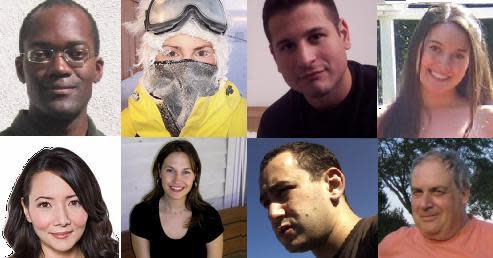 a collaboration between WIRED Science and PBS

* We've got a physicist, an antarctic meteorologist, an epidemiologist (and fellow SciBling), a producer, a climate scientist, a television host, a writer, and your resident blogger who finds herself somewhere in the space between science, policy, and media.

Nate dea, quo fata trahunt retrahuntque, sequamur 'Let us follow wherever the fates take us, there and back again.'