Astrobiologist Chris McKay searches extreme landscapes for clues about life on other planets. 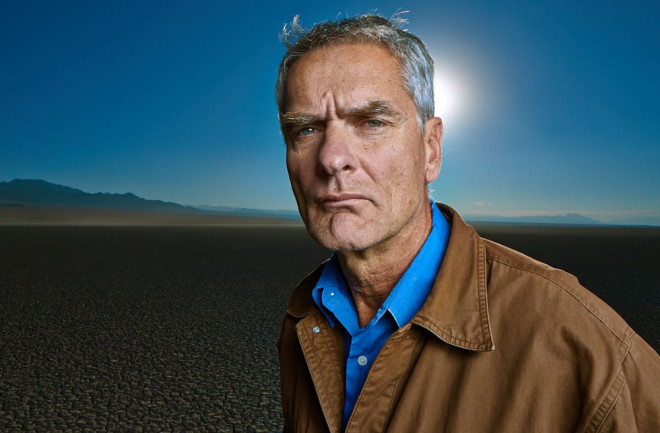 NASA astrobiologist Chris McKay in the Mojave Desert, a frequent research destination in his search for extraterrestrial life.  | Ian White

Chris McKay likes to travel, preferably to exotic, faraway lands. Mars is the usual destination, but Jupiter’s moon Europa and Saturn’s moons Enceladus and Titan are also on his itinerary.

McKay, a planetary scientist at NASA’s Ames Research Center, ventures to some of Earth’s most extreme environments to study the closest facsimiles he can find to Mars and other distant outposts, on a mission to learn how life might exist beyond our planet.

Over the past 30 years, McKay’s adventures have included an invigorating swim in an Antarctic lake beneath more than 10 feet of ice. He’s endured black clouds of mosquitoes in the Siberian permafrost zone and prepared for polar bear attacks in the northernmost reaches of the Canadian Arctic. He’s squirmed through tunnels no wider than a watermelon in the bowels of America’s deepest cave, more than 1,000 feet below Earth’s surface. While the work can be exhilarating — and certainly has its perils — McKay is not looking for thrills. He’s focused on determining the minimal conditions necessary to sustain life.

McKay found his calling the usual way: entirely by accident. Growing up in Florida, he had no particular interest in space, though he did like science. He studied physics in college and, by chance, found an old telescope in a laboratory closet and pulled it out to look at stars and planets. Eventually, he built his own telescope. McKay started graduate school in astrophysics at the University of Colorado in 1976, the same year the Viking 1 and 2 landers touched down on Mars, yielding results that puzzled him. “Here was a planet with all the elements needed to support life in its atmosphere, with evidence of liquid water in the past, and yet there was no life — [as if] Mars had the lights on, but nobody was home,” he says.

Around this time, McKay became a certifiable Mars nut, bent on figuring out what it might take for life to exist there. More than 35 years later, that passion still drives him. “Mars was the first place we explored that’s on our list of biologically interesting worlds — a list that now includes Europa, Enceladus and Titan,” says the 6-foot-6 59-year-old, whose rugged looks might have landed him roles in cowboy movies if he were less obsessed with astrobiology. “Mars was our first love, and there’s always a special place for your first love.” There’s a practical reason for that allegiance, too. Mars is close enough that we might actually be able to get humans there and back in only a few years. A round-trip mission to Enceladus would take at least 15 years and cost much more. That, says McKay, “is why there have been no serious proposals to send humans to the outer solar system. It’s just not in the cards.”

At the moment, there’s no serious proposal to send humans to Mars, either. But McKay got as close as he could in 1980, when he accepted a planetary biology internship at NASA Ames. There he met biologist Imre Friedmann, who was looking for someone to build temperature and moisture sensors as part of a field expedition to Antarctica’s Dry Valleys. McKay signed up for the job.

On a continent that’s 98 percent covered in ice, the Dry Valleys are Antarctica’s exception: a combination of low humidity, topography and robust wind patterns has left the area largely surface ice-free and, at first glance, apparently lifeless. But Friedmann discovered an extensive ecosystem of microorganisms living beneath the surface of porous rocks.

It was not only McKay’s first journey to a Mars-like environment; it was also his first trip outside the country. “The experience changed my life,” he claims.

McKay says he realized that “a lot of what I learned about building instruments in astrophysics could be useful to biologists,” including the equipment’s capability for recording data remotely and over long periods. He also made a more personal discovery.

“[I realized] I liked doing this sort of thing — camping out for weeks at a time while braving the elements and nursing thermocouples,” McKay says. “If it hadn’t been for that summer internship, I might be doing something completely different, like studying the dynamics of stellar interiors. Because of Imre, I study the physics of life in extreme environments.”

After getting his doctorate degree in 1982, McKay was hired at Ames to study planetary atmospheres. “The wordlife was not part of my original job description,” he says. But over time, the question of life on other worlds took hold of him and eventually sent him around our world, including return trips to study the Dry Valleys’ microbes. In January 2013, his colleagues began testing a drill there for a proposed NASA mission called Icebreaker, which, if approved, will bore into the ice-cemented ground of northern Mars. The best outcome, from McKay’s standpoint, would be finding life different from that on Earth, which could expand our view of biology in a profound way.

McKay believes that, ultimately, people need to set foot on the Red Planet. We can’t leave the exploration entirely to robots, he insists: Field science is best done by skilled researchers who can adapt to what they see, drawing on their knowledge, experience and intuition. But there’s a broader argument. “Going to Mars will be important for the human enterprise in ways that extend far beyond science,” McKay says. “I’m not dead set on it happening in my lifetime. I’m just happy knowing that we will get there eventually and that I might have contributed in some way toward that goal.”

[This article originally appeared in print as "Alien Worlds on Earth."]