After the Higgs Boson: A Preview of Tomorrow's Radical Physics

I don't mean any disrespect when I say that the Higgs Boson is yesterday's news. In some ways, that is the very definition of what qualifies something for a Nobel Prize: a discovery that has already established its lasting importance and shown the way toward deeper insights. The foundational papers by Peter Higgs and Francois Englert, his Nobel-co winner, were published in 1964--nearly a half century ago. (Several other researchers also contributed to the work around this time, but are not recognized as part of this year's Nobel prize.) 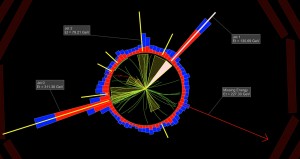 Simulated particle event at the Large Hadron Collider shows a "supersymmetry event"--a long-sought indicator of fundamental physics unity. (Image courtesy of Matevz Tadel, UC San Diego/CMS) By the time researchers found strong evidence of the Higgs boson in 2012 at the Large Hadron Collider, or LHC, almost all physicists expected that it would be there; the shock would have been not finding it. The Higgs boson was the last missing piece of the standard model of particle physics, a model so well accepted that it is formally known--seriously--as the Standard Model. As with groundbreaking discoveries in general, the most interesting thing now is where it will lead next. So I conferred with one of the most thoughtful and articulate particle physicists I know, Joseph Lykken of Fermilab. Lykken is looking forward to two big, interlinked post-Higgs discoveries: supersymmetry and dark matter. Supersymmetry is a model that links the two distinctly different types of particles in the Standard Model (known as fermions and bosons) and aims to expose an underlying unity between the two. One happy byproduct of the theory is that it also predicts the existence of a whole class of undiscovered particles, called supersymmetric particles, some of which have predicted properties that nicely fit what (little) we know about dark matter. So that's the next goal for the LHC, currently shut down for an upgrade, when it restarts in 2015: Make all of physics look neat and balanced, and discover the missing majority of the universe. Not too shabby. Excerpts from my conversation with Lykken run below. [Follow me on Twitter here: @coreyspowell] How do you look for supersymmetric particles--things that you can't even detect directly? Lykken: Fortunately for us, there's already a particle that we make lots of at the LHC that we can't see, the neutrino. So we have a way of checking how well we can find invisible things. The only difference really is that the neutrinos were light and we were expecting that the dark matter particles are fairly heavy although we don't actually know that. But we, for example, we have already produced many millions of these heavy particles called W bosons, which a lot of the time decay into an electron or a muon [a heavier cousin of the electron] that we can see, and a neutrino that we can't see. We can look at those events and say, how well can we actually do to pick out these what we call missing energy signatures? And the answer is we can already do it with great precision. So we can already say--and this is the basis for supersymmetry researchers saying they have come up with nothing so far--that even pretty small missing energy signals, much smaller than the Higgs signal, would have been seen already in these experiments. And now that you've found the Higgs, you are just looking harder? We try to look at as many kinds of things that we can look at. We're probably looking now at between 20 and 50, depending on how you want to count, different kinds of events just looking for imbalance and not asking any other question than do you see more imbalance than you would expect from things that involved neutrinos. There are always some energy excesses somewhere. That shows that you're doing an honest job, because these are statistical events. When I collide these protons at the LHC, quantum mechanics is in charge, and quantum mechanics does things in a probabilistic way. You should have always some excesses if you're looking at different kinds of events. If you don't, that means you cheated. But so far all we've seen are those small fluctuations. 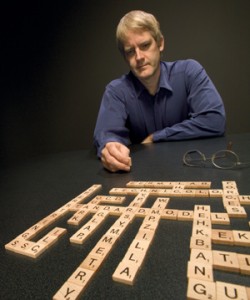 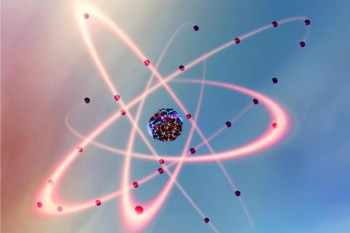 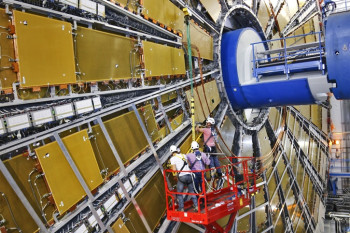