Add Your Computer's Brain To A Disease-Fighting Network 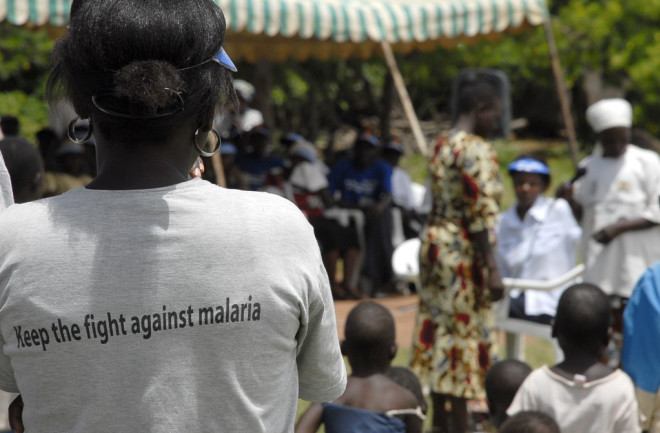 Flickr/US Army Afirca/CCBY2.0 What if instead of sitting idle, your home computer could help cure some of the world’s most devastating diseases? Sound improbable but that is exactly what Anthony Chubb, a molecular biologist at the University College Dublin in Ireland, and his team are doing through a citizen science project called FightMalaria@Home. The goal of FightMalaria@Home is to identify new malaria-fighting drugs since certain parasites are developing resistance to our current anti-malarial drugs. The pharmaceutical industry has already identified tens of thousands of potential anti-malarial compounds but they haven’t identified how they work. Chubb recognized that if any of these drugs were going to help fight malaria, scientists needed to understand how each compound works and which would be dead ends. Chubb and his team figured that they would need a supercomputer to begin sifting through and analyzing the compounds, but that turned out to be a challenge too. Just the logistics of applying for supercomputer access would take months, Chubb says, “and funding agencies probably would have rejected the project since something like this has never been attempted before… So, we turned to the idea of distributed computing which not only would address our computing need but also enable people around the world to contribute.” FightMalaria@Home is that distributed computer. By linking individual computers through a server, they can work together to solve complex problems or tasks that demand a lot of computational power. Spreading the work, cuts down the time it would take to complete the task. Think of it like a pot luck dinner. Instead of one overworked host spending days making everything for that sumptuous dinner, each guest makes a dish so in just a few hours the whole meal is done. Volunteers simply download software to connect their computer to the FightMalaria@Home network and add their computer’s processor to the hive mind. The network is run through a software platform called BOINC which host various other distributed computing based citizen science projects. The BIONC program is easy to install and works on standard Windows, Mac and Linux computers. Once downloaded, the software automatically runs simulations whenever the computer is idle. The project has come along way since its inception. Two years ago, FightMalaria@Home was just an idea built on one aging, dusty computer in Chubb’s lab. Now, over 12,000 volunteers in 143 countries have joined in the effort by adding their computers to the network. “Within eight months of launching we finished 96% of the 190 million calculations we hoped to complete. At its height, we had 23,000 PCs connected to our project, generating the combined computing power close to that of a supercomputer,” Chubb says. The project has already identified novel compounds that show some real promise, Chubb says. All the data they gather will be made freely available to the scientific community through ChEMBL, an open access database of bioactive compounds and on their own website. Chubb’s team is already thinking of challenging FightMalaria@Home’s computer power to help fight other disease like tuberculosis and Leishmaniasis. “But we’re going to need a new name, perhaps “FightNeglectedDisease@Home,” Chubb muses. To help contribute to this project under its new name FightNegelectedDisease@Home. To learn about other BOINC project visit BOINC.