A Closer Look at the World's First Pregnant Egyptian Mummy

Only after a round of X-rays and CT scans did researchers discover that the 2,000 year old remains were not what they first appeared. 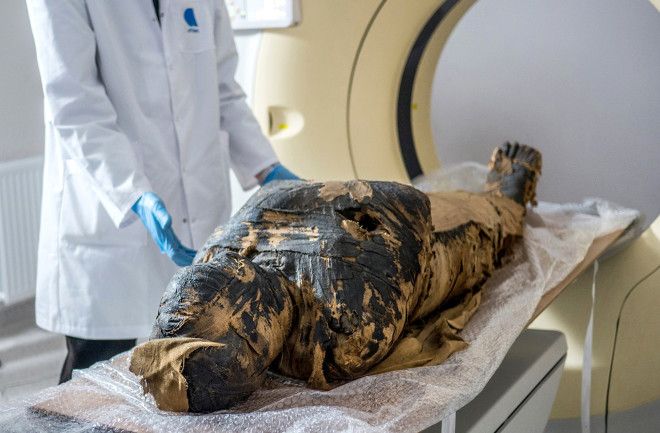 This ancient Egyptian mummy — long thought by researchers at Poland’s National Museum in Warsaw to be a male priest — kept its identity under wraps for nearly two centuries. Only after a recent round of X-rays and CT scans did scientists discover that the specimen is the world’s first-known pregnant mummy.

The high-status woman died between the ages of 20 and 30 and was likely embalmed in Thebes during the first century B.C., according to a study published in the Journal of Archaeological Science last spring. Why the fetus, estimated to be 26 to 30 weeks old, was not extracted and mummified separately remains a mystery. It could, however, shed light on who the ancient Egyptians believed capable of traveling to the afterlife.