It all adds up: Evolution wired our minds for math. 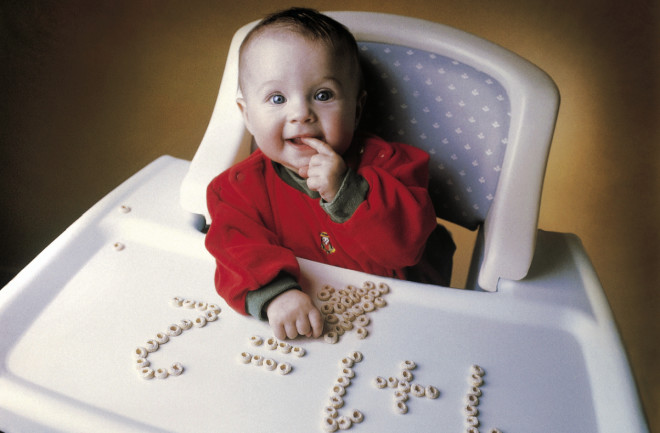 Numbers make modern life possible. “In a world without numbers,” University of Rochester neuroscientist Jessica Cantlon and her colleagues observed in the journal Trends in Cognitive Sciences, “we would be unable to build a skyscraper, hold a national election, plan a wedding, or pay for a chicken at the market.”

The central role of numbers in our world testifies to the brain’s uncanny ability to recognize and understand them—and Cantlon is among the researchers trying to find out exactly how that skill works. Traditionally, scientists have thought that we learn to use numbers the same way we learn how to drive a car or to text with two thumbs. In this view, numbers are a kind of technology, a man-made invention to which our all-purpose brains can adapt. History provides some support. The oldest evidence of people using numbers dates back about 30,000 years: bones and antlers scored with notches that are considered by archaeologists to be tallying marks. More sophisticated uses of numbers arose only much later, coincident with the rise of other simple technologies. The Mesopotamians developed basic arithmetic about 5,000 years ago. Zero made its debut in A.D. 876. Arab scholars laid the foundations of algebra in the ninth century; calculus did not emerge in full flower until the late 1600s.

Despite the late appearance of higher mathematics, there is growing evidence that numbers are not really a recent invention—not even remotely. Cantlon and others are showing that our species seems to have an innate skill for math, a skill that may have been shared by our ancestors going back least 30 million years.

One sign that this skill truly is innate: Children enter the world with a head for numbers. Veronique Izard, a cognitive psychologist then at Harvard University, demonstrated this in a study of newborns. She and her colleagues played cooing sounds to babies, with varying numbers of sounds in each trial. The babies were then shown a set of shapes on a computer screen, and the scientists measured how long the babies gazed at it. (The length of time a baby spends looking at an object reflects its interest.) Newborns consistently looked longer at the screen when the number of shapes matched the number of sounds they had just heard. For example, a baby who heard “tuuu, tuuu, tuuu, tuuu” would look the longest at 4 shapes, less at 8, and still less at 12. Izard’s study suggests that newborns already have a basic understanding of numbers. Moreover, their concept of numbers is abstract; they can transfer it across the senses from sounds to pictures.

Mathematical intuition develops as we grow up, but probing its growth is tricky because older children draw on both their innate skills and the ones they learn. So scientists have come up with ways to force people to rely on intuition alone. Cantlon, working with Elizabeth Brannon of Duke University, ran an experiment in which adult subjects see a set of dots on a computer screen for about half a second, followed by a second set. After a pause, the participants see two sets of dots side by side. They then have a little more than a second to pick the set that is the sum of the previous two pictures.

People do fairly well on these tests, which summons up a weird feeling in them: They know they are right, but they don’t know how they got the answer. Even in toddlers who cannot yet count, these studies reveal, the brain automatically processes numbers. From infancy to old age, mathematical intuition consistently follows two rules. One is that people score better when the numbers are small than when they are large. The other is that people score better when the ratio of the bigger number to the smaller one is greater. In other words, people are more likely to correctly tell 2 from 4 than they are to tell 6 from 8, even though both pairs of numbers differ by two. As we get older, our intuition becomes more precise. Other experiments have shown that a six-month-old baby can reliably distinguish between numbers that differ by as little as a factor of two (like 4 and 8). By nine months the ratio has dropped to 1.5 (8 and 12, for example). And by adulthood the ratio is just 10 to 15 percent. The fact that the same two rules always hold true suggests that we use the same mental algorithm throughout our lives.

Brain scans using magnetic resonance imaging (MRI) and positron emission tomography (PET) are shedding some light on how our brains carry out that algorithm. Neuroscientists have found that when people do mathematical intuition problems, a strip of neurons near the top of the brain, surrounding a fold called the intraparietal sulcus, consistently becomes active. And when we confront more difficult problems—when the numbers are bigger or closer together—this region becomes more active.

Providing evidence of that shared heritage, Cantlon and Brannon were able to teach monkeys to do addition by intuition the same way people do. The animals’ intuition is about as good as ours, and it follows the same rules. As the ratio between numbers gets larger, the monkeys are increasingly likely to pick the right one. And when monkeys use their mathematical intuition, they rely on the same region of the brain around the intraparietal sulcus that we do.

Monkeys can even learn written numbers, a skill children develop only around age 5. In order to make the link between a 2 and a pair of objects, children use a region of the brain located underneath the temple called the dorsolateral prefrontal cortex. This region is like a blacksmith shop for forging associations between signs and concepts. Once the association has been formed, children recognize written numbers quickly, and the dorsolateral prefrontal cortex becomes quiet.

Monkeys can learn, with enough training, to pick out a 4 if they see four dots on a screen. Andreas Nieder, a physiologist at the University of Tübingen, and his colleagues discovered that, like children, the monkeys use their dorsolateral prefrontal cortex to make those associations. They have even found individual neurons in the region that fire strongly at both the number 4 and four dots.

But does a monkey actually understand what a written 4 signifies? To find out, Nieder and his former student Ilka Diester trained monkeys for a new experiment. The monkeys learned to press a lever, after which they saw one number followed by another. If the numbers matched, the monkeys could release the lever to get a squirt of juice. If the numbers didn’t match, the monkeys had to keep the lever pressed down until a new number appeared, which was always a match.

The monkeys were able to learn to release the lever for matching numbers and to keep it down for numbers that did not match. If they had succeeded simply by matching shapes, you would expect them to sometimes confuse similar-looking numbers. They might choose 1 as a match with 4 because both are made of straight lines, for example. But Diester and Nieder found that the monkeys got confused in a different way. The monkeys were most likely to mix up numbers that were numerically close to each other: the sticklike 1 and the curvaceous 2, for example. What’s more, the monkeys took more time to release the lever if larger numbers matched than if smaller ones did—another sign that the animals were responding to quantity, not shape.

To neuroscientists, these studies raise a deep question. If monkeys have such solid foundations for numbers, why can’t they perform high-level mathematics? Finding an answer may help us understand what makes humans so much better with numbers than other animals. Nieder and Cantlon have both speculated that the difference lies in our ability to understand symbols, which enables us to transform our approximate intuition of numbers into a precise understanding. When we say “2,” we mean an exact quantity, not “probably 2 but maybe 1 or 3.” We can then learn rules for handling exact numbers quickly. And then we can generalize those rules from one number to the next, thus understanding general mathematical principles. Other primates, lacking our symbolic brains, take thousands of trials to learn a new rule.

The recent studies of monkeys and infants cast a new light on the old notched bones. The earliest recorded numbers coincide with the first appearance of many other expressions of abstract thought, from bone flutes to carvings of zaftig female figures. Before then, humans may have thought about numbers the way monkeys (and babies) still do today. But once our ancestors began to link their natural instinct for numbers with a new ability to understand symbols, everything changed. Math became a language of ideas, of measurements, and of engineering possibilities. The rest—the skyscrapers and supermarkets and weddings—were just a matter of derivation.