73. First Look at an Atom's Shadow 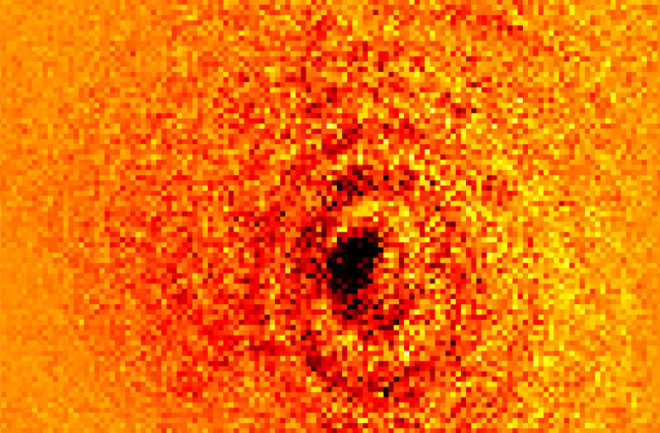 Nearly 2,500 years ago, the Greek philosopher Democritus theorized the existence of atoms by imagining what happens if you break a material into its smallest possible units. Last year physicist Dave Kielpinski of Australia’s Griffith University had a similar thought about shadows.

“We’re used to objects casting shadows, but they’re made up of atoms,” he says. “I wondered what the shadow would look like if you kept peeling back atoms until you had just one.” So he isolated a single ytterbium atom in a vacuum chamber, shined a laser at it, and focused in on the resulting 450-nanometer gap of darkness that landed on his digital image sensor. In July he released the image above: the first-ever view of an atomic shadow.