#67: Where Do Enceladus' Mysterious Geysers Come From?

Ammonia spotted in the jets could act as antifreeze in under-ice oceans. 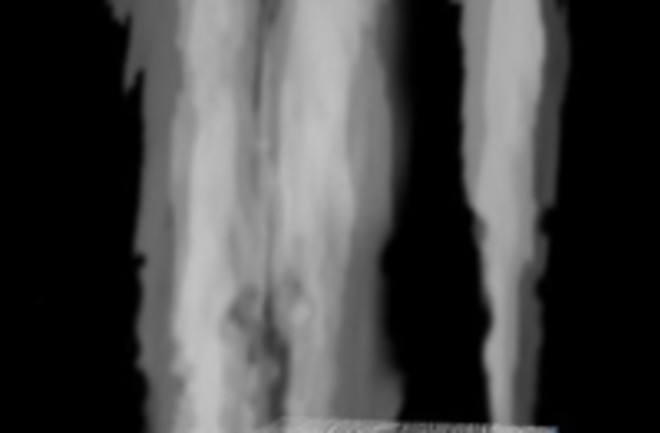 Saturn’s moon Enceladus seemed like a boring ball of rock and ice—“until we figured out that it was spewing out its insides,” says Hunter Waite, a space scientist at Southwest Research Institute. The first major hint came in 2005, when NASA’s Cassini spacecraft detected magnetic field distortions along with plumes of water vapor and ice erupting from its south pole. Last summer, two papers published in Nature bolstered the possibility that the plumes originate from buried reservoirs of liquid water (modeled in this image).

Waite and his colleagues reported that Cassini’s mass spectrometer had caught a whiff of ammonia—an antifreeze that could keep water in a liquid state. Another group, led by Frank Postberg of the University of Heidelberg, described finding sodium in the ice grains of Saturn’s E ring, which is composed of material released by Enceladian eruptions. Their discovery suggests the moon may have a liquid ocean that, like Earth’s, picked up salt from rock, Postberg says. A third team using Earth-based telescopes to look for sodium near Enceladus came up empty, however.

Some scientists believe that pools of water lurk thousands of feet below the frozen surface, while others think the eruptions might be released directly from ice. More answers should come soon: Cassini is scheduled to loop by Enceladus several more times.