It made even the biggest storms on Earth look puny. 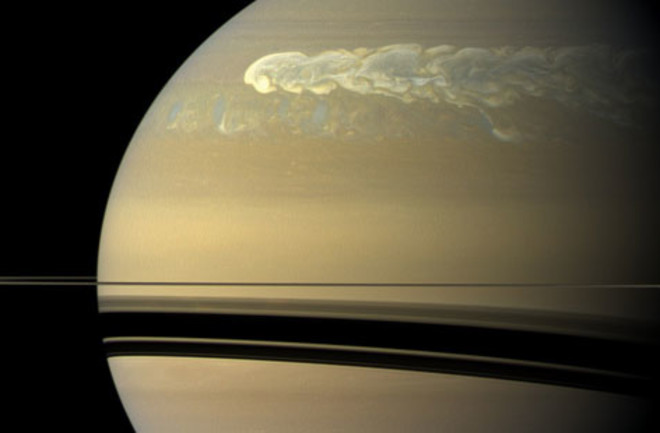 When astronomers caught their first glimpse of the superstorm that swept Saturn last year, it appeared as just a small dot on the planet’s hazy surface. Within a few weeks, the dot had transformed into a monster tempest, spawning a vortex nearly as wide as Earth and lightning strikes 10,000 times as energetic as those of terrestrial storms. Blown by Saturn’s jet stream, the storm stretched out nearly 200,000 miles, wrapping around the entire planet by June, and did not subside until October. Over the past 130 years, astronomers have witnessed five similar events on the ringed planet, but the 2011 storm was the first seen through the lens of a satellite: NASA’s Cassini probe, orbiting 1.2 million miles away.