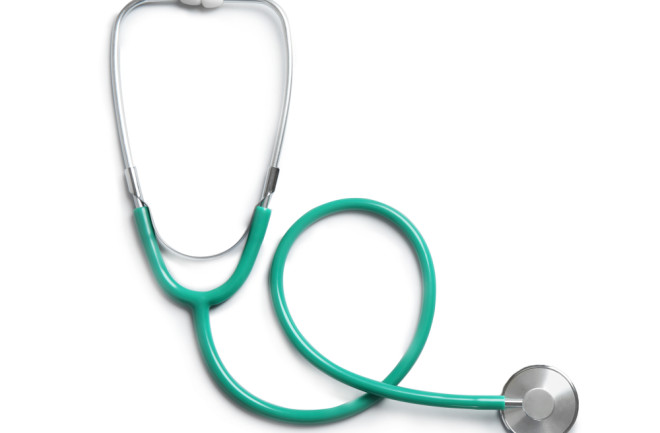 Technology has consistently evolved and advanced over time and across a variety of fields – including agriculture, mechanical, electrical, and manufacturing. Not surprisingly, medical technology has developed to include notable breakthroughs that are responsible for improving and saving countless lives – and in doing so, have changed the world. Here are five medical technologies we couldn't imagine being without today.

Kidneys remove waste from our bloodstream. When these organs fail, waste builds up. If left untreated, this will lead to kidney failure and eventually death. That was what typically happened before dialysis treatment was invented. Dialysis does the job on behalf of damaged kidneys. The first machine to address kidney function was made by Dutch doctor Willem Kolff — he called it “the artificial kidney.” After Kolff came to the United States, he continued refining his design. His machine was lifesaving for people with acute kidney failure, but wasn’t appropriate for those with end stage renal disease. In 1962, Dr. Belding Scribner modified the treatment so patients could have the process done through a port in their arm. Dialysis clinics followed, along with the portable dialysis machine for home use. Scribner also went on to invent the Teflon Scribner Shunt,[1]  which allowed access to the circulatory system without damaging to veins or arteries. The shunt changed the lives of patients everywhere, because living with kidney disease became possible.

American surgeon Dr. John Gibbon is responsible for inventing the heart-lung machine, also called a cardiopulmonary bypass machine, which revolutionized cardiac surgery. He started working on the project in the early 1930s, and first used it successfully in 1953. During open heart surgery, the machine performs the functions that the patient’s heart and lungs normally would. According to Nationwide Children’s Hospital, the heart-lung machine adds oxygen to the blood, pumps or circulates the blood through both the cardiopulmonary bypass circuit and the patient, and removes excess carbon dioxide from the blood. This history-changing device led to the ability to do valve replacements, heart transplants and coronary bypass grafting. The machine is operated by a specialist called a cardiovascular perfusionist.

A related medical advance, extracorporeal membrane oxygenation, or ECMO, is similar to the heart-lung bypass machine in its purpose. It does the work of pumping and oxygenating blood outside of the body. This temporarily allows the lungs and heart to recover from certain surgeries, trauma and other cardiopulmonary impairments.

The history of the hyperbaric chamber spans hundreds of years and includes many modifications and improvements, along the way. The chamber is used for hyperbaric oxygen therapy (HBOT), which involves air pressure that is much higher than normal. This allows more oxygen to circulate through the blood — which helps fight bacteria and accelerate the healing process. HBOT was first used in United States in the early 1900s, when Dr. Orville Cunningham successfully treated a patient who was dying of the flu with the use of pure oxygen. Advancements continued and in the 1940s, the Navy used HBOT for deep sea divers with decompression sickness, also known as “the bends.” By the 1960s, it was also being utilized as a treatment for carbon monoxide poisoning.

Hyperbaric chambers are used in the treatment of many conditions. These include crush injuries, compromised skin grafts, diabetic wounds, bone infection and flesh-eating disease, among others. In 2000, the American Board of Medical Specialties officially recognized hyperbaric medicine as a sub-specialty of emergency and preventative medicine.

Engineer and inventor Wilson Greatbatch created the first implantable pacemaker in 1958. It was actually the result of an accident. While working on an oscillator, he used the wrong part. This led to the machine emitting a steady electrical pulse — which he realized could be used for heart regulation. And with that, the first implantable pacemaker had its start. Greatbatch was a talented inventor, having been granted over 325 patents throughout his career. His innovative engineering skills led to him also inventing a corrosion-free lithium battery to be used in the implantable pacemaker. Prior to the implantable pacemaker, the machinery had to use an external power source the size of a television, and it was painful for patients. Because of the millions of lives saved by his invention, his pacemaker was recognized in 1985 as one of the 10 greatest engineering contributions to society of the last 50 years by the National Society of Professional Engineers.

In 1816, French physician René Laennec invented the first stethoscope He was caring for a female patient who had chest pains. Laennec needed to listen to her heart and lungs, but it would have been considered improper for him to make physical contact by putting his ear to her chest. He used rolled-up paper as a listening tube, enabling him to do his work without breaching the decorum of the day. The use of paper led to his wooden monaural stethoscope, which was meant for one ear. Over time, the design was modified to a binaural design, with two ear pieces — which is the type that continues to be used today. The bell-shaped, open-ended piece is used for detecting low pitched sounds, while the flat side is able to detect higher frequency sounds. Even with all the advances in medical technology, stethoscopes are still an indispensable and integral part of a physician’s practice.

More From Discover
Health
Will COVID-19 Need an Annual Vaccine Like the Flu?
Health
Is Vitamin C Actually an Effective Cold Remedy?
Mind
What Is Emotional Blunting, and Do Antidepressants Cause It?
Health
What New Variants Of COVID-19 Are Currently Circulating?
Health
Why Eating Disorders Are so Difficult to Treat
Health
The Origins of Organ Transplantation
Recommendations From Our Store
My Science ShopDiscover STEM Kits
My Science ShopDiscover 2022 Calendar
My Science ShopStrange Science
My Science ShopElements Flashcards
Shop Now
Stay Curious
Join
Our List