Our taste buds are more important than you may think and evolution has helped us avoid problematic foods. 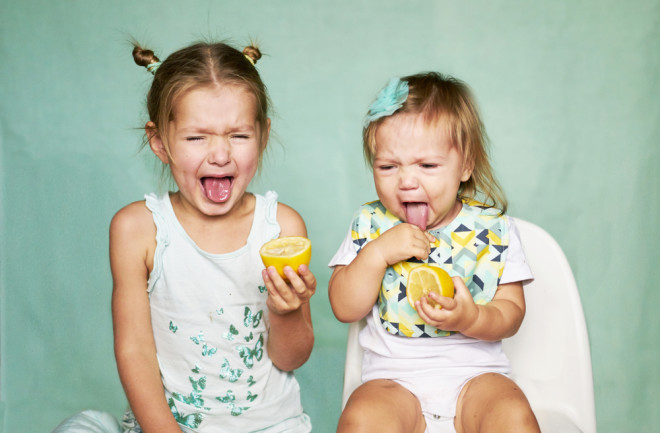 Thanks to taste receptor cells that cover the tongue, we are able to distinguish between five basic tastes: bitter, salty, sour, sweet and umami — or savory. Our taste buds help determine if something should be eaten. Here are the five basic tastes and what they do to help our bodies.

With a sharp and often unpleasant flavor, bitterness is not something humans are naturally inclined to like, and for good reason. Bitterness is a strong indicator of toxins or poisons.

However,  we can develop a liking for bitter foods such as coffee and bitter dark greens including kale, arugula, swiss chard, endive and rapini. Even cocoa powder is quite bitter unless sweetened. Same goes for green tea and red wine. Some bitter foods aid in digestion. When we eat these foods, they increase saliva production which triggers gastric acid and bile — an integral part of the digestive process.

While salt can make food taste better, this doesn’t mean more is always better. Too much is overpowering — drowning out the natural flavor of food. Too much salt in a diet can also lead to high blood pressure, stroke and heart disease. But, adding the right amount of salt enhances foods. Seasoning with salt is most effective when done throughout the cooking process, as opposed to at the end. This is because it needs time to go through a molecular reaction to produce a deeper flavor.

Aside from bringing out the best taste in foods, making meat juicier and diminishing bitter flavors, there’s another reason we crave salt. Our bodies require sodium as an essential nutrient to maintain homeostasis of our electrolytes. The main varieties of salts are table salt, kosher, Himalayan pink and sea salt.

When we taste something sour, it can be a warning signal that a food is unripe or spoiled. In an evolutionary context, this may have helped people avoid food that could have caused negative health effects.

Sour taste is primarily associated with citrus fruits, yogurt and other fermented foods such as swiss cheese and meat that has gone bad. When looking at the animal world, certain carnivores can no longer detect sweetness, umami or bitter, but sour is the one taste that has remained perceptible throughout time. Chimps, gorillas and orangutans seem to like sour taste, which researchers believe might be because acidic foods are associated with Vitamin C. Since the ability to naturally produce Vitamin C was lost over 60 million years ago, consumption of acidic/sour foods may have been the body’s way of preventing scurvy.

Sugar, like all carbohydrates, releases serotonin — which is one reason (in addition to the taste) that people enjoy it. These carbohydrates can help us replenish our energy. It also has an evolutionary connection. Since sweet foods have a lot of calories, they gave our ancient ancestors energy and a greater chance of survival. But those sources of food were fruits, honey and some root vegetables. They weren’t available in large amounts to consume frequently.

Japanese chemist Dr. Kekune Ikeda discovered and named umami in 1907. He realized that kombu dashi had a flavor that was different from the other four tastes. After figuring out the source of the flavor was the amino acid, glutamate — he started producing seasoning from glutamate. Around that same time, Saburosuke Suzuki II started a company specializing in monosodium glutamate , which is the sodium salt of glutamic acid. Incredibly, this company, now known asAjinomoto, still exists today.

It wasn’t until 1990 that umami was officially recognized as the “fifth taste.” Sometimes referred to as “savory,” umami flavor is found in parmesan cheese, miso, mushrooms, seaweed, soy sauce, cooked meat and nutritional yeast, among other foods. We’ve developed this taste to ensure we are eating enough protein.

More From Discover
The Sciences
Back Pain is Highly Common Among Astronauts
Health
Extreme Fatigue: 4 of the Longest-Lasting Sporting Events
Health
What Science Says About the Weight-Loss Potential of The One-Meal-a-Day Diet
Health
Walking vs. Running Benefits: Should You Walk or Run for Exercise?
Health
What is the Purpose of Hiccuping?
Mind
Gut Bacteria's Role in Anxiety and Depression: It’s Not Just In Your Head
Recommendations From Our Store
My Science ShopDiscover STEM Kits
My Science ShopDiscover 2022 Calendar
My Science ShopStrange Science
My Science ShopElements Flashcards
Shop Now
Stay Curious
Join
Our List