From Leonardo da Vinci to Brian May, these scientists and artists didn’t feel the need to choose one passion over the other — and the world is better off for it. 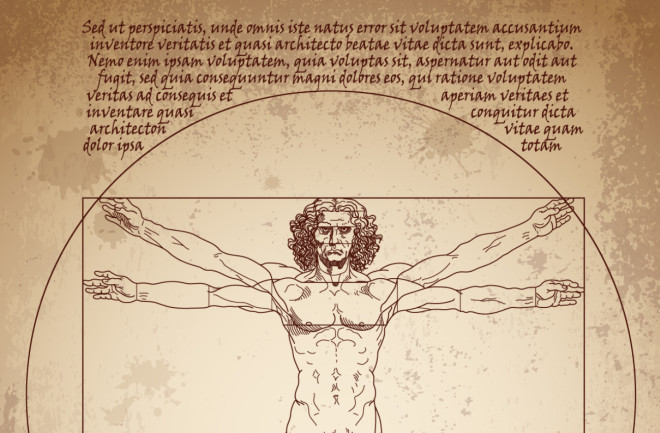 Visit any university and you’ll typically find its art and science departments on opposite ends of campus — or at least housed in separate buildings. Yet plenty of people throughout history have spanned this great divide. Here are a few you might recognize from one field, without realizing their contributions in the other.

Leonardo da Vinci created some of the most beloved paintings in the West, including the Last Supper and the Mona Lisa. He was also a scientist, having studied anatomy, optics and, well, just about everything. And if that weren’t enough, da Vinci was also an engineer — he designed, among other things, robots and flying machines.

But da Vinci didn’t paint sometimes and do science at other times; instead, he combined the two. In order to produce the mysterious smile immortalized in the Mona Lisa, for example, he spent time dissecting bodies and studying muscles in the basement of the hospital Santa Maria Nuova in Florence.

And the odd way his subject’s eyes seem to follow you around the room? That’s called the “Mona Lisa effect.” Da Vinci achieved this through his understanding of not only the techniques of painting but also the science of vision. His greatest works could not have been produced had he not been both a scientist and an artist.

Santiago Ramón y Cajal was a gifted artist who hoped to pursue art as a vocation. Instead, he acceded to his father’s wishes and went to medical school. This was probably a good decision: Cajal more or less founded the field of neuroscience and received a Nobel Prize in 1906 for his work in understanding the structure of the nervous system.

He continued to draw, though. And like Leonardo, his science informed his art. Cajal’s drawings of nerve cells are both beautiful and instructive; they offer a picture not of static connections, but of how the nervous system actually functions.

Cajal’s art may have informed his science, as well. His keen artistic eye enabled him to see deeply into the patterns and structures of nerves — leading to the development of the neuron doctrine, the discovery that nerve tissue is made up of individual cells called neurons.

Hedy Lamarr was an Austrian-American screen actress, often revered as one of the most beautiful women in film. She appeared nude in one of her early films, and even portrayed film’s first depiction of a female orgasm.

But while the world was looking at her body, Lamarr was using her mind. She developed “frequency hopping,” a technique of rapidly switching between frequencies to keep radio signals from being jammed. The technology prevented Nazis from jamming signals and diverting U.S. radio-controlled torpedoes during World War II. It also made possible today’s Wi-Fi.

At a time when one wouldn’t expect a woman to be either a scientist or an artist, Maria Sibylla Merian was both. Though born in Germany in 1647, Merian lived largely in the Netherlands, where she studied live insects rather than preserved ones (an unusual practice at the time). She also published illustrations of these insects, and flowers, along with descriptions of the process of metamorphosis.

When she reached her 50s, after divorcing her husband, Merian travelled to the jungles of South America to study insects in their natural habitats. Once back home, she wrote and illustrated Metamorphosis Insectorum Surinamensium, a Latin tome that cements her reputation as both a scientist and an artist.

Combining science and art isn’t just a thing of the past. As co-founder and lead guitarist of the rock band Queen, Brian May has penned such tunes as “We Will Rock You” and “The Show Must Go On.” He’s also produced solo albums and headed up his own eponymous band.

But he doesn’t just play hard rock; he can do hard science as well. May is an astrophysicist. He consulted with NASA on the New Horizons probe and, yes, even wrote a song to commemorate the project.