5 Of The Most Ruthless Rulers In Ancient History

You wouldn't want to cross paths with these five ancient rulers, who were known for invasion and torture. 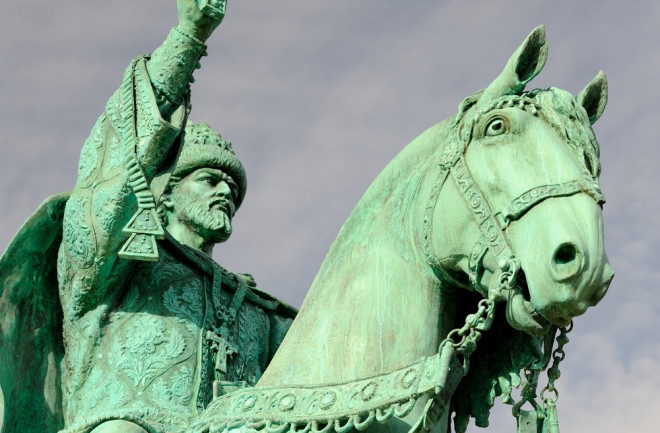 History is full of brutal, cruel and power-hungry rulers. Joseph Stalin, Adolf Hitler, Pol Pot and Idi Amin are just several the world has seen within the last century. Let’s take a deeper dive and explore some five ruthless rulers throughout ancient history.

Ruling the Hunnic Empire from A.D. 434-453, Attila the Hun was known as “The Scourge of God.” After seizing power for himself by killing his older brother, Bleda — Attila went on to expand his empire into areas of Germany, the Balkans and Russia.

The Huns were nomadic Eurasians, whose fighters were known to make blood-curdling screams and other noises while attacking their victims on horseback. These warriors, including Attila, were expert horsemen. He was also considered a brilliant military leader. Some Roman leaders were so afraid of him, they paid protection money to fend off an invasion.

Roman Emperor Caligula ruled for only four years, from A.D. 37 to 41. But in that short time, he became a deranged and sadistic ruler. When he first assumed power, he allowed exiles to return to Rome, eliminated an unpopular tax and put in place some political reforms that citizens supported.

But he quickly became erratic. Though it is not known for certain, there are different theories as to medical conditions that may have been the source of his deranged personality — including syphilis, epilepsy and mental illness. Some of his acts of cruelty included forcing a political rival to commit suicide, making senators run in front of his chariot for miles, throwing spectators into the arena to be killed by animals, raping the wives and daughters of senators and committing incest with his sister, Drusilla.

His descent into madness also led him to believe he should be worshiped as a god. Caligula’s reign came to an end when his own guards assassinated him, the first emperor to die this way.

Ivan the Terrible was born Ivan IV Vasilyevich. He was first grand prince of Moscow from 1533 to 1547 and later ruled as the “Tsar of all Russia” until his death in 1584. When his wife Anastasia died in 1560, he became convinced that his enemies poisoned her. This led to his escalating paranoia and mental instability, which motivated him to torture and kill anyone he perceived as a political rival.

But he didn’t stop there. He created the much-feared “Oprichniki,” his organization of bodyguards. They murdered priests and ransacked their churches, burned government officials alive and drowned their families in the river. Traders and merchants had their goods seized and their stores destroyed — and were often killed. His reign ended after he died from a stroke while playing chess.

Also known as Tamerlane, this Mongol-Turkic conqueror was born in 1336. Timur became a criminal early in life, stealing goods and animals from travelers, later working as a mercenary. He sustained severe injuries after arrows struck his right leg and right hand, and never regained the full use of his right limbs.

Merciless when it came to conquering a city, he quickly murdered those who resisted. His armies are estimated to have killed 17 million people, approximately five percent of the population at the time. He left pyramids of human skulls, displaying his savagery.

It’s believed that the fictional character of Dracula, created by Bram Stoker, was inspired by Vlad the Impaler. Vlad was born in 1431 and was the Prince of Wallachia, a region of Romania. He ruled three separate times between the years 1448 and 1496 and held the title of Voivode of Wallachia.

Regarded as a national hero of Romania for defending his people from foreign aggression, he was known for the barbaric methods used against his enemies. As his name implies, impalement was his favorite method of torture and execution.

When three Ottoman men refused to remove their hats in his presence, he had the hats nailed to their heads. He also impaled people through various orifices with a stake that wasn’t sharp enough to kill them immediately. The stake would be forced through their bodies until it came out through their mouths.