Kids and adults can get involved these citizen science experiments from NASA researchers. Each one comes with educational materials that can help you learn about everything from alien planets to finding asteroids. 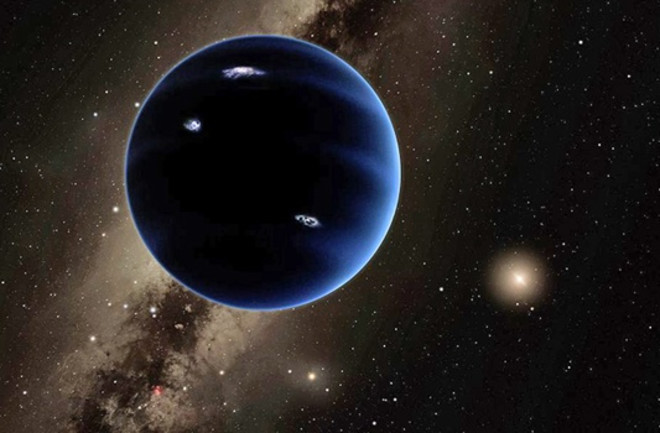 With the COVID-19 pandemic shuttering schools, as a parent, you may be looking for fun and easy ways to help teach science to your kids at home. Or maybe your family just spent the summer outdoors observing Comet NEOWISE and now you want some supplementary educational resources to teach your kids about the night sky. The internet is packed with science activities, so it’s hard to know what’s reputable.

So, you could launch yet another water rocket or build a baking soda volcano, but why not set your kids loose on actual science experiments? These are real-life science projects trying to answer some of the biggest lingering mysteries in astronomy. You don’t need any prior knowledge to get involved. For most, all you need is a computer and an internet connection.

Some astronomers think there’s a giant, undiscovered planet lurking in our outer solar system that they call Planet Nine. If it exists, it could be five to 10 times larger than the Earth and orbit hundreds of times farther out.

A NASA citizen science project called Backyard Worlds: Planet 9 enlists volunteers to help find this potential planet. Along the way, the project incorporates educational materials so that you can also learn about the sun’s nearest neighbors and how solar systems form.

You’ll be asked to look at images from NASA’s WISE telescope, searching for objects in our sun’s backyard, like Planet Nine. You’ll also search for brown dwarfs — an object that falls somewhere between a planet and a small star. Our solar system is surrounded by far more of these almost-suns than actual stars.

The discovery technique is similar to the one astronomer Clyde Tombaugh employed to discover Pluto nearly a century ago. As you look at multiple images of the sky taken at different times, you’ll search for objects that jump around. Planet Nine should look something like a bouncing blue dot. Brown dwarfs should appear redder and move more slowly.

Backyard Worlds is already yielding some seriously interesting results, too. Citizen science volunteers discovered a new brown dwarf just six days after the project launched. And so far, more than 100 of these objects have been discovered. Meanwhile, Planet Nine, if it exists, is still out there waiting to be found.

The Solar and Heliospheric Observatory is a joint NASA-European Space Agency mission watching the sun. The spacecraft has also proven a powerful tool for finding new comets. (ESA/NASA/SOHO/K. Battams)

The Solar and Heliospheric Observatory (SOHO) was launched into space in 1995, and the joint NASA and European Space Agency project is still offering up new discoveries today. All that time staring at the sun has taught astronomers a lot about our home star. However, as of June, the space telescope has also now spotted some 4,000 comets. The mission has become the most successful comet hunter in history. It’s more than doubled the number of known comets found over the preceding several centuries.

That success is born on the work of citizen scientists who volunteer with The Sungrazer Project. Most of the icy objects discovered so far come from a family of so-called “sungrazer” comets, which skim the sun’s outer atmosphere, making them visible in SOHO’s instruments.

Amateur astronomer volunteers from around the world use a guided program to go through SOHO images every day. As NASA scientists get reports of objects with the tell-tale proper location, brightness, speed and more, they send other telescopes to follow up on the potential find.

While you’re helping scientists learn about new comets, the project also offers NASA educational materials to help volunteers of all ages learn about our solar system.

Learn About the Northern Lights

Viewing the northern lights or southern lights can be one of the most awe-inspiring events that nature offers. And while auroras may seem mysterious to the average observer, they’re also extremely mysterious to scientists.

Aurorasaurus was created by NASA Goddard Space Flight Center space weather scientist Liz MacDonald, after a major solar storm pushed her to ask social media for sightings. That initial experiment led to today’s effort, which works with funding from the National Science Foundation and asks users to track, map and verify observations reported on Twitter and Facebook, as well as using the science project’s app.

Even if you’re not interested in contributing observations, NASA still offers a variety of educational resources to help teach yourself, and even your kids, about the aurora borealis.

Take Part: Learn About the Northern Lights with Aurorasaurus

If you like getting outdoors and hands-on with science, and you like observing and taking pictures of the night sky, then consider joining the Target Asteroids! project. This citizen science effort asks volunteers to share their images of asteroids to help scientists learn about — and keep an eye on — these rocky worlds.

Amateur astronomers who volunteer with Target Asteroids! will partner with scientists from NASA’s OSIRIS-REx mission, which is currently visiting an asteroid named Bennu.

To participate, you’ll need at least an 8-inch telescope, plus a CCD camera or DSLR for astrophotography. Ultimately, the goal of Target Asteroids! is to help astronomers better characterize asteroids. But NASA also aims to encourage interest in STEM education and help both kids and adults learn about astronomy and our solar system.

NASA wants your help taking pictures and learning about clouds all over the world. (Credit: NASA Go Clouds)

Real World Cloud Science You Can do at Home

Clouds play a vital role in controlling Earth’s temperature. They both reflect and trap sunlight. As the sun shines down from space, clouds help cool the planet by reflecting sunlight back. But like greenhouse gases, clouds can also trap heat. And not all types of clouds have the same effect.

That’s why NASA researchers have turned to citizen science observations to help them understand the science of clouds. Through GLOBE Observer: Clouds, which is just one part of the GLOBE Program, people all around the world provide the data for researchers to learn more about the changing world we live in.

The GLOBE Observer app lets users report what they see in the sky. By participating as a volunteer, you’ll offer up your photos of the sky, as well as information about location and cloud cover, plus the cloud types, sky conditions and visibility. Then, those observations will be used in real scientific research, and also used to help verify NASA satellite data.

Anyone, even kids, is encouraged to participate, however, children under 13 should be supervised when using the app. In September, GLOBE will be an official SciStarter Affiliate, so your participation will be credited in your SciStarter dashboard.

To help users, NASA has also put together a variety of fun and easy ways to learn about clouds, including science experiments, educational materials and even a lesson on how to make a cloud in a jar.

Take Part: Learn About the Science of Clouds with GLOBE Observer