It's been one year after the launch of the JWST, and the images it has sent back are stellar. 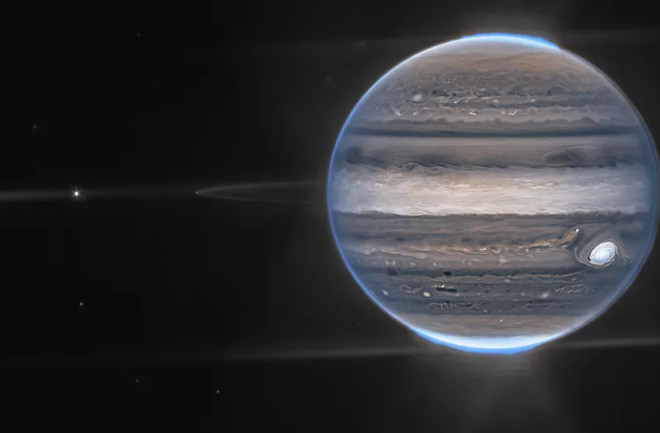 It's been one year since the James Webb Space Telescope (JWST) launched and began its cosmic journey. The JWST will complement the discoveries of the Hubble Space Telescope, helping astronomers peer back to the early Universe to study the formation of the first stars and galaxies.

On July 11, 2022, the first teaser image from the JWST was released, followed by three other captivating images on July 12. Throughout the year, NASA has released several other cosmic photos. Here are some of the top JWST images of 2022.

The first JWST image that NASA released is the deepest infrared image of the Universe to date. JWST captured swirls of distant stars and planets and the bright bursts of far-off galaxies. According to NASA, the image covers a 'patch of sky approximately the size of a grain of sand held at arm's length by someone on the ground.'

This image shows what Galaxy Cluster SMACS 0723 looked like 4.6 billion years ago. There are far more galaxy clusters behind the ones in the image that have yet to be discovered.

Another one of the first JWST released, the Carina Nebula, is often compared to a craggy mountain range. According to NASA, the tallest' peak' in the image is actually seven light-years high.

Located approximately 7,000 light-years away from Earth, the JWST captured a stunning image of the Pillars of Creation, which the Hubble Space Telescope first saw.

Residing 161,000 light-years away from Earth, the Tarantula Nebula is home to never-before-seen young stars. Using its high-resolution infrared camera, scientists could capture stellar images of the nebula and far-off background galaxies.

The Phantom Galaxy (NGC 628 or Messier 74) forms what appears to be a perfect spiral. The galaxy is about 32 million light-years away from Earth and is in Pisces's constellation.

Thanks to the JWST, Earthlings could catch a better glimpse of Jupiter. This stunning image clearly depicts the auroras at the poles and the rings that circle the gas giant.