From memory to mapping, our sniffers are for more than just smelling. 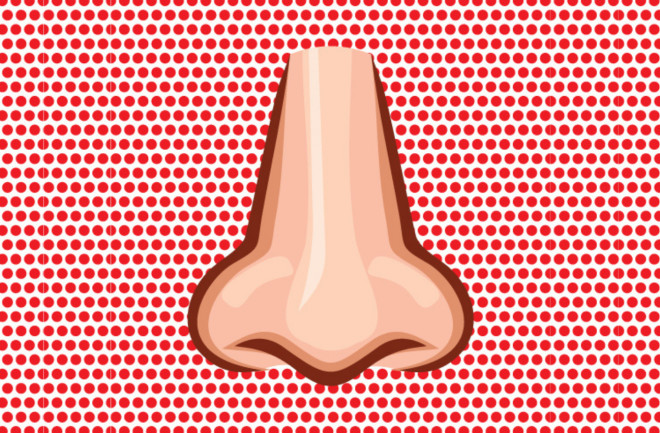 Studies about our canine companions’ incredibly strong senses of smell have wowed humans for decades. A hefty body of research suggests that trained dogs can sniff out everything from different kinds of cancers (including lung, breast, bladder, ovarian, colorectal and prostate, the last of which they detected with 99 percent accuracy) to COVID-19 infections.

Read More: How Do Dogs Sniff Out Diseases?

While it hasn’t yet been determined if humans can sniff out such diseases, our noses are … well, nothing to sneeze at. In fact, researchers continue to show us that the human nose is a pretty cool appendage. To prove it, here are four facts you may not know about your own nose:

The Way We Breathe Can Affect Our Memory

According to a study published in the Journal of Neuroscience in 2018, those of us who breathe through our noses may remember things better. After sampling a dozen different smells, researchers asked half of the study’s participants to breathe for one hour through their noses. The other half, of course, breathed through their mouths. Their results exhibited that those who breathed through their noses were able to recall the initial smells better than their mouth-breathing counterparts.

“This demonstrates, first, that nasal respiration is important during the critical period where memories are reactivated and strengthened,” write the study’s authors. “Second, it suggests that the neural mechanisms responsible may emerge from nasal respiration.”

Our Sense of Smell Is a GPS-like Superpower

Not unlike a dog or a homing pigeon, humans have a nose for navigation. In their 2015 study, published in PLOS One, a team of scientists at the University of California, Berkeley determined that humans have our own OPS — that is, an “olfactory positioning system.” The researchers blindfolded their subjects and gave them an opportunity to smell sponges infused with aromatic oils. Then, after being spun around (for disorientation purposes), the subjects attempted to sniff their way back to the sponges. The researchers were surprised with the positive results and surmised that smell is a primitive sense that may have helped our earliest ancestors forage for food.

Pinocchio Isn’t the Only One Whose Nose Reveals Lies

When you tell a lie, the temperature of your nose tells the truth. Using new applications of thermography, a technique implemented during World War II to detect enemies at night, experimental psychology researchers from the University of Grenada determined in 2012 that the temperature around a person’s nose and inner eyes increases when they lie. The researchers dubbed this the “Pinocchio effect.”

Our Noses Can Tell Us How Overwhelmed We Are

In a 2018 study published in Human Factors, researchers in the U.K. found that our facial temperatures drop as our mental load increases — especially around the nose. As the study’s 10 participants carried out increasingly difficult tasks, thermography revealed that their noses got colder. This suggests that as an individual’s breathing rate changes with the increased mental load that greater focus often requires, blood may be diverted from their face to their cerebral cortex.

“We were not expecting to see the face getting colder,” said Alastair Campbell Ritchie, a co-author of the study, in a press release. “With this accurate way to estimate workload, we can develop methods that will assist … at times of maximum stress.” The researchers note that facial thermography, alongside other noninvasive workload measurements such as pupil diameter, could be helpful to pilots and air traffic controllers, for example.

And for those with a nose for knowledge, here’s one more piece of news: Back in 2011, a study by Israeli chemical engineer Abraham Tamir concluded that there are 14 kinds of Caucasian noses. (He didn’t study non-Caucasian noses.) The nearly 1800 noses he looked at suggest that a quarter of White people have a “fleshy nose” — large and prominent, as displayed by Einstein himself — but the runner-up at 22 percent was the “turned-up" or “celestial” nose. Other popular honkers included the “hawk,” which is thin, sharp and downward hooking; the “Roman," which is long with a downward-sloping tip; the super-straight “Greek;” and the “bumpy.”