3 People Who Are Pushing the Edge of Science 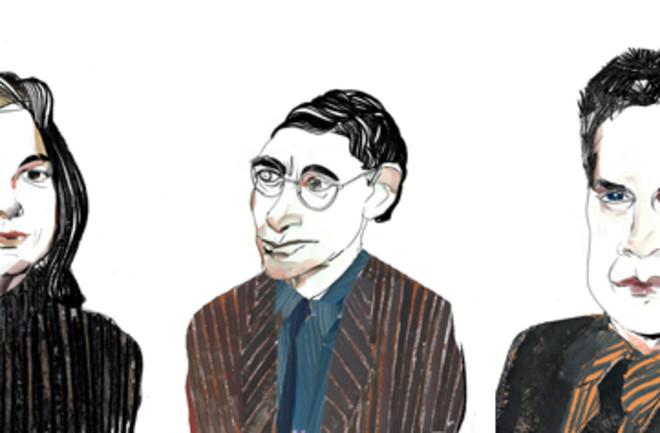 Why? It is clean and efficient.Where? MITInitial response: “I was called insane.”

When 40-year-old materials chemist Angela Belcher was a child, she wanted to be an inventor. “I would try to build things out of scrap material that we had in the garage,” she says. To her disappointment, everything she made had already been invented. Then, in college, she “fell in love with large molecules” and found a whole new way to build things.

Although Belcher was interested in DNA, the molecules she most loved were proteins. She wrote her doctoral thesis on how aba­lone grow their rough outer shells and pearl-like inner shells, the main difference between the two being a simple shift in protein sequences. “It’s pretty amazing,” she says. “If organisms like abalone have precise control at a genetic level, I realized it might be possible to program an organ­ism to grow other kinds of material. Why not use genetic information to build a protein that can grow a semiconductor?”

In a series of experiments at MIT, Belcher, working with a team of about 30 students and postdocs, has successfully programmed viruses to incorporate, then grow, a variety of inorganic materials, including nanoscale semiconductors, solar cells, and magnetic storage materials. Separately, she is using yeasts as scaffold organisms because of their abil­ity to grow many different materials. “We look at yeasts as factories,” she explains. “Instead of Budweiser, there’s Nanoweiser.”

Belcher has begun working with the U.S. Army on nanoscale batteries that would weigh a fraction of what current batteries weigh and be woven into a soldier’s uniform. She is also training viruses to “find mistakes in materials and give off a signal.” One possible application: spraying viruses on an airplane fuselage to check for microscopic defects. In addition, the National Cancer Institute is funding Belcher to use viruses to find peptides that can specifically identify cancer cells.

“We have a long way to go,” Belcher says. “But one of the things I like about biology is that you have evolution on your side.”

Edge work: Finding life on planets outside oursolar system Why? We have to know.Where? Harvard University Initial response: “People are always very excited.”

In his quiet, modest way, Dimitar Sasselov is working to answer one of science’s most explosive questions: Is there other life in the universe? Sas­selov, a 46-year-old Harvard University astronomer and director of the university’s Origins of Life Initiative, is looking for life-sustainable extrasolar planets—planets that are circling suns in other solar systems. Among the 270 extrasolar planets discovered so far, there is probably one living world, according to Sasselov.

Sasselov says a planet needs to have two things to sustain life. First, it must allow complex biochemistry to develop. For this to occur, the temperature on the planet has to fall within a certain range. Too far from its star and the surface may be too cold to support the necessary reactions; too close and it may be too hot. The second must-have for life is a recycling of gases and minerals from the planet’s interior to its exterior—known as the carbon cycle —which keeps the atmosphere in balance over long periods so life can emerge and survive.

The alien life we are most likely to find will be micro­bial, Sasselov explains. In fact, he expects that the first living planet we discover will resemble what Earth looked like a billion years ago, when life had not yet evolved beyond bacteria, simple algae, and other microorganisms. “But Earth is just one possible pathway for the emergence of viable bio­mole­cules from chem­istry,” he says. “Are there multiple pathways? Do all chemical pathways converge to one or two or three possible ones to produce life?” Sasselov is working with planetary scientists and cosmochemists to answer these questions by analyzing concentrations of molecules in the universe and on the extrasolar planets they suspect may harbor life.

Sasselov doesn’t think that discovering life on another planet will change much on Earth. “It did not make a big difference 450 years ago whether Earth was the center of the solar system or whether the sun was,” Sasselov explains. “It’s the same now. Nothing really would change.” People would, however, realize that “the place we live in is much bigger than we ever imagined,” he admits. “That is world-changing.”

Privacy wonks should love Gilles Brassard. He is the guy who has delivered their seemingly impossible desire: an absolutely confidential way to send electronic messages. Unfortunately, it involves quantum mechanics, the twilight zone of physics. Brassard, a 52-year-old professor of computer science at the Université de Montréal, turned the wild idea of using the quantum world to send messages electronically into something real. Soon it may be essential.

Quantum cryptography ensures complete privacy because any attempt to observe the transmission will change the message. It is a basic principle of quantum mechanics: The act of observing affects the thing observed. “If I send you information in the form of quantum signals and someone tries to eavesdrop on that signal,” Brassard explains, “the act of eavesdropping will disturb the signal. It will also alert the recipient if the transmission has been compromised.”

As a child Brassard wanted to be a mathematician, but he became fascinated with programming when he took a computer science course at the Université de Montréal, which he entered at age 13. A decade later, in 1979, he became fascinated with how the strange properties of quantum mechanics could be harnessed to send confidential messages without an elaborate encoded key, as required by conventional cryptography. In 1983 he codeveloped BB84, the first practical quantum cryptography scheme, and he continued to refine it for years.

Today, along with physicists like Christopher A. Fuchs of the Perimeter Institute for Theoretical Physics in Waterloo, Ontario, he is also reexamining the foundations of quantum mechanics to see where information fits in. Brassard suspects that underlying the fundamental laws of the universe are information theory axioms rather than waves or particles. “I don’t have any formal training as a physicist,” he says, “but sometimes that’s good. It helps you see things differently.”