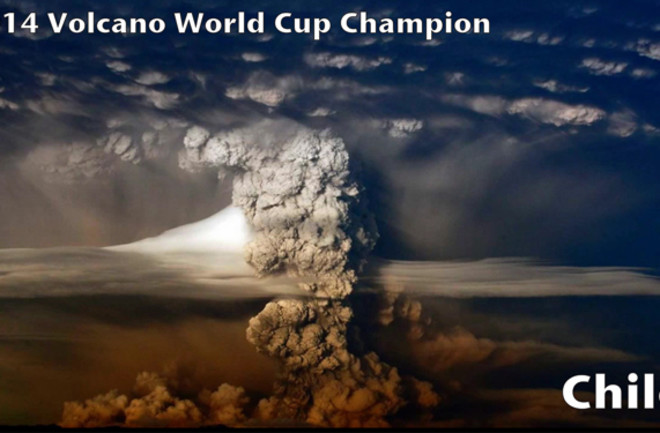 The plume from the 2011 eruption of Puyehue-Cordón Caulle in Chile. Photo by Reporter Free Lance / Wikimedia Commons. The Volcano World Cup is over and we have the inaugural champion of this explosive competition. Unlike the FIFA World Cup, the championship game wasn't even close, with Chile running away with the title by an astonishing 77%-23% over the USA with over 2,500 votes cast. So congratulations to the 2014 Volcano World Cup champion - a nation truly worthy of being named the top volcanic country on the planet!