What do catapults, black holes and panda poop have in common? 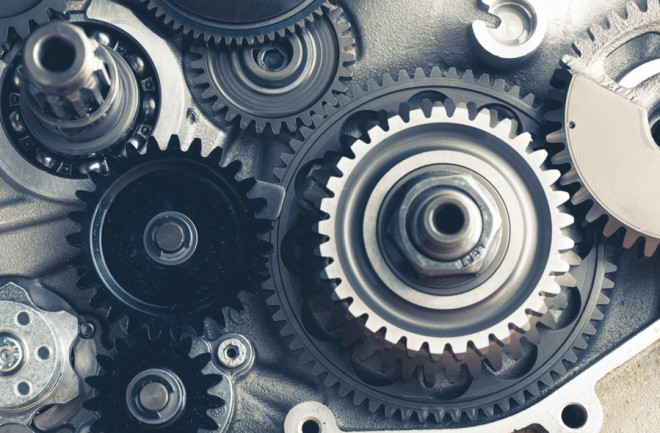 1. Everybody’s doing the locomotion . . . really. We are all engines, which by their most basic definition are machines that convert energy into motion.

2. And while you could think of animals as being engines, plants have them: Photosynthesis pathways are often described as plant engines, and biologists are particularly interested in the C4 plant engine, which was discovered in the 1960s.

3. Plants powered by C4 engines, including maize and sugar cane, typically convert atmospheric carbon dioxide more readily, thanks to novel leaf and cell structures. They also tend to produce higher yields than C3 species, which outnumber C4 species by about 30 to 1.

4. The C4 pathway evolved multiple times in different lineages, often during periods of low carbon dioxide or in semiarid environments. The adaptation allows the plant to use scant resources, such as water and nitrogen, more efficiently.

5. And that’s why scientists are using genetic modification to try to turn C3 plants into C4 powerhouses, which may prove more resilient in a drier, resource-depleted world.

6. If thinking of plants as having engines is a little out there for you, how about a really far-out fact: Black holes are the universe’s most powerful engines.

7. The workings of a black hole are similar to an internal combustion engine. It consumes fuel and produces energy while remaining intact, unlike, say, an explosion.

8. How can a black hole produce energy when nothing escapes it? Well, once material falls in, there’s no going back, but the black hole’s extreme gravity creates the perfect environment for generating energy just outside its boundary, or horizon.

9. In 2009, two researchers proposed a highly theoretical spacecraft powered by multiple mini-black holes — the smaller a black hole is, the more energy it produces.

10. While the idea caused a buzz initially, the concept remains theoretical. Quite frankly, we’re more likely to have engines that run on panda poop.

11. No, seriously. In a 2016 study, researchers described how the excrement of giant pandas was “ideal” for biofuel production.

12. The bears digest bamboo, thanks to unique gut microbes that break down the tough plant material. Once excreted and cultured by researchers, those same bugs go to town on other plant scraps and produce a hydrogen-based biofuel.

13. That’s a pretty ingenious way to fuel an engine. Both words, by the way, derive from ingenium, Latin for “talent,” an abstract concept. Over time, the word engine also took on the more concrete meaning of a device.

14. A device you don’t see much these days is the siege engine. For millennia, these massive military weapons, such as catapults and battering rams, were a popular way to breach defenses.

15. One engine that has catapulted to fame in the last couple of decades isn’t an engine at all. Search engines, programs that provide you with lists of websites based on the terms you tell it to find, aren’t converting energy so much as directing curiosity.

16. In 1989, McGill University graduate student and systems administrator Alan Emtage needed an efficient way to find files spread across multiple servers. He created a program to hunt through the servers for specific content he requested.

17. Emtage’s personal timesaver got a big promotion when his boss recognized its potential. The McGill team expanded the program — known as Archie, a shortened form of “archive” — into the world’s first search engine.

18. Technology gave us another engine that’s not really an engine. Developers use software packages called game engines as the template for the world in which a video game is set.

19. These complex programs automatically regulate the basics of a game, from managing memory needs efficiently for smoother play to changing the lighting as a character moves through a landscape.

20. Scientists are increasingly turning to game engines in their research because the programs are, by nature, fast and efficient at tasks such as visualization. In 2017, for example, researchers designed a game engine-based system to identify optimal wind turbine positioning. There it is: more human ingenuity.