The Robot Invasion Is Coming—and That’s a Good Thing

Rodney Brooks looks at where we're going over the next 30 years. 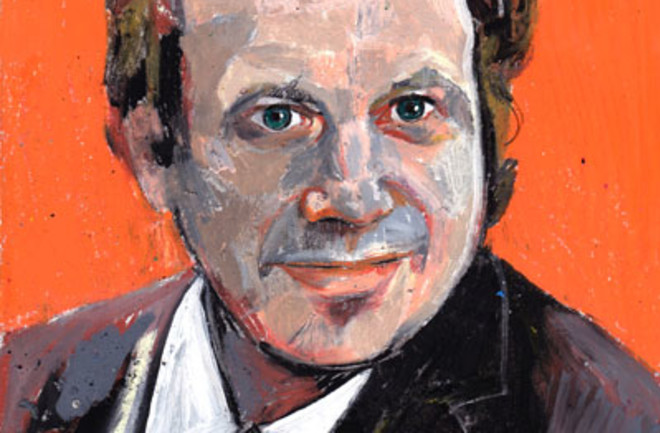 In the future, I’m sure there will be a lot more robots in every aspect of life. If you told people in 1985 that in 25 years they would have computers in their kitchen, it would have made no sense to them. They would have thought of a “computer” as what they saw on TV at the time. But now computers are in your microwave, your stereo, your fridge—because computers aren’t what they were back then. Similarly, robots seem like a certain thing right now, but they will morph and change over time. People’s attitudes will change with them.

Cars will certainly be more robotic. There will be many more robots in our houses, in our hospitals, in our factories, and in the military. We don’t have armed robot soldiers yet, but if we did, a robot could afford to shoot second, where a person could not. A robot doesn’t care whether its life is at risk. One can imagine robots getting a lot better at detecting what’s dangerous and what’s not dangerous: where there’s a gun and where there isn’t one. They might actually become more moral than we are.

One of the great things about the Roomba robot vacuum cleaner, which my company iRobot designed, is that it’s too cheap not to be autonomous. Military robots right now are too expensive to be autonomous—you can’t afford to have them screw up. If the Roomba misses a spot, no big deal, it can find it later. So there will be a lot more robot autonomy, but surprisingly it will start out at the low end. It will trickle up to the high end over time.

The integration of flesh and machines: That’s an area I don’t think people see coming, but it is. We’ll have a lot of replacements for our parts as they wear out. Especially my generation, the baby boomers—we’ll want this. And the arguments we have about drugs and sports are minuscule compared with what’s coming, such as “What is the definition of human?” We have the Paralympics now, but we’ll have the Augmented Olympics in the future.

I see robotic technology getting rid of the dangerous, the dirty, and the just plain boring jobs. Some people say, “You can’t. People won’t have anything to do.” But we found things that were a lot easier than backbreaking labor in the sun and the fields. Let people rise to better things.

Rodney Brooks is the former director of MIT’s Computer Science and Artificial Intelligence Laboratory and the cofounder of iRobot.