The Era of Nanoparticle Drugs Begins With Erection Cream 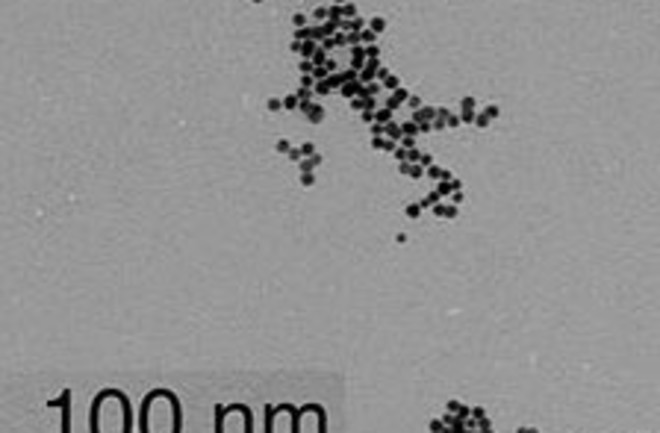 Over a thousand years ago, Mesopotamian artisans stumbled on a new way to add a special sheen to their ceramics: using microscopic pieces of metal. This "luster" was the first known use of nanoparticles—tiny objects that are less than 100 nanometers long in all three dimensions. In modern times, nanoparticles have emerged as a useful tool in medicine, with uses from providing the active ingredient in sunscreen (nano-scale particles of titanium dioxide), to stimulating blood vessel growth as an aid to healing, to delivering the key ingredients in artificial hearts (nanocrystalline zirconium oxide) and brain imaging (magnetic nanoparticles).

One use for nanoparticles that is gaining momentum is their ability to carry prescription drugs. And one of the first nanoparticle-based products to pass animal trials is a topical cream for erectile dysfunction, which could potentially replace the tremendously popular ED drugs. Joel Friedman, a professor at the Albert Einstein College of Medicine; Adam Friedman, the chief dermatology resident at Albert Einstein Medical Center; and Kelvin Davies, an associate professor of urology, have demonstrated that nanoparticles can be used to deliver erection drugs in the form of a topical cream.

Special Delivery Joel Friedman and his team created particles smaller than a virus that have a little payload of a drug—it could be anything researchers care to add—locked inside. The cage-like particles themselves are made through a complicated process that combines a particular plastic and a type of sugar first discovered in crab shells. The drug to be delivered is then stuffed inside the nanoparticle cage like the meat in a ravioli.

The key ingredient the researchers put inside the nanoparticles was nitric oxide, which is pretty miraculous stuff: In 1992, Science named it the molecule of the year. In fact, without nitric oxide, erections would be impossible—the gas acts as a neurotransmitter, carrying the signal for an erection from nerves in the penis to muscles in the same organ. Drug companies took advantage of this very important fact in producing three blockbuster drugs that cause the body to release nitric oxide: Viagra, Cialis, and Levitra.

While these new ED drugs have proven effective and extremely popular, they don't come without side effects: Cialis and Viagra can induce headaches and facial flushing, while Levitra can cause dizziness and nausea (among others). These side effects occur because oral doses of these medications send the drug throughout the body. If only there were a way to deliver topically deliver nitric oxide, which is a gas, directly to the—ahem—area in question.

Enter nanoparticles, which possess a few properties that uniquely qualify them for the task: First, they can be formed into drug-holding cages. Second, they’re a solid rather than a gas. Third, they break down when they encounter water—for instance, once they’re inside the body—and not before. When mixed into a cream, these nitric oxide-bearing nanoparticles become the world's first reliable way to deliver a gas in the form of a cream. And nitric oxide isn't the only erection aid that can be encapsulated in Friedman's powder. Davies found that wrapping the nanoparticles around a phosphodiesterase inhibitor—otherwise known as Cialis—also produced an effective treatment. (It’s unknown whether the nanoparticle formulation eliminates the drug's most infamous side effect: “erections lasting longer than four hours.”)

The Future: Nanoparticles as Cure-All? Thus far, Friedman's particles have been tested only on rats. The tests, conducted at Albert Einstein College of Medicine, consisted of dabbing a tiny amount of the cream onto the penises of rodents who are too old to get erections naturally (oh the joys of medical research). The researchers found that the normally impotent rats had no trouble getting erections after application of the drug. Human trials could begin as early as spring of 2011.

In the meantime, Friedman is rallying collaborators to work on other nanoparticle drugs. In a collaboration with Pedro Cabrales of U.C. San Diego, Friedman is exploring the potential of nitric oxide nanoparticles to treat high blood pressure (nitric oxide is a vasodilator that relaxes blood vessels, and is thus an effective high blood pressure treatment). In this research, which has yet to be published, the nanoparticles would be injected instead of applied topically, so that they could circulate through the bloodstream and slowly release their nitric oxide payload.

As for the future, Friedman and his team speculate there’s no reason nanoparticles couldn’t deliver just about any drug known to medicine. “Just about any drug could be carried across the dermis of the skin,” Davies says. “We haven't even begun to look at the full potential of what [nanoparticles] could carry.”