Can We Harness the Body's Electrical Currents?

Scientists say bioelectricity is the body’s master control. A few aim to use it to regrow limbs, treat cancer — even unlock immortality. 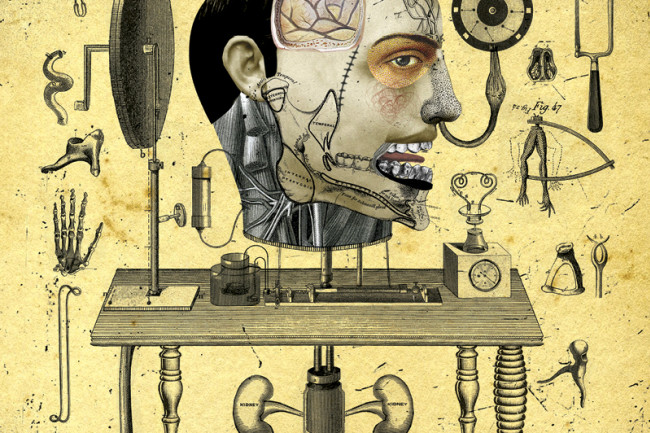 As a young biologist studying how wounds heal, Min Zhao found that he could quicken cellular repairs by exposing an injury to electricity. But the process remained enigmatic until an experiment by one of his graduate students failed to achieve the desired result. The more that new tissue drew toward the current on one side of the wound, the more the other side recoiled.

What the student had accidentally found, according to Zhao, is that current directs the movement of cells, and the effect is so powerful it overrides all the physical and chemical signals the body uses to heal. “When an experiment doesn’t work out as you hoped,” Zhao says in retrospect, “maybe it’s trying to tell you something new.” His bolt of insight, published in 2006, invigorated an emerging field known as bioelectricity.

Encompassing phenomena ranging from tissue regeneration to cancer metastasis, bioelectricity has been emerging for a very long time. The first hint that electricity controls the body came in the 1780s, when Italian physician Luigi Galvani connected severed frogs’ legs to a lightning rod, showing that they twitched whenever lightning struck. In addition to helping inspire Frankenstein, his discovery led to periodic bursts of experimentation in the 19th and 20th centuries — revealing, for instance, that wound sites generate their own voltage.

However, progress was stymied by crude electrical instruments and then sidetracked by attention-grabbing breakthroughs in genetics and molecular biology.

But those advances only made bioelectricity research more pressing by calling attention to what those fields couldn’t adequately explain. Zhao, who’s now a professor at the University of California, Davis, sees bioelectricity as an orchestrator of complicated events, such as the healing of an injury.

Much of Zhao’s recent research has focused on diabetics, who are often slow to heal. Studies reveal that wounds on diabetic mice pack abnormally weak electrical currents. He’s shown that such wounds heal faster after applying a corrective charge.

The underlying mechanism, Zhao believes, is as old as life itself. When a cell membrane is punctured, it induces a current between the inside and outside of the cell. “It’s a signal to the cell that there’s a hole,” he says. In order to survive, early single-celled organisms could have used that signal to direct repair, an evolutionary advance that he thinks survives today.

According to Tufts University biologist Michael Levin, these electric signals are “a gift from physics,” a natural property of electricity that evolution was able to exploit advantageously. “Electricity is uniquely suited for information processing,” he says. Around the same time that Zhao started zapping wounds, Levin started researching electricity’s role in tadpole tail regeneration. In the first several days of life, tadpoles can replace a severed tail completely. As they mature, they gradually lose this ability. But Levin found he could chemically stimulate older tadpoles’ tail stumps and make them regrow their tails. And in related experiments, he made tadpoles grow eyes on their stomachs by changing the electrical properties of cells to mimic those associated with eye formation.

Levin now sees bioelectricity as a sort of master control, one that can turn on a complex cascade of genetic and biochemical events resulting in an eye or a tail. His recent cancer research also supports this hypothesis. He electrically induced and suppressed tumors in tadpoles, leading him to believe that people’s cancers can eventually be reversed by repatterning the abnormal electrical signals transmitted by cancerous cells.

And that’s only the beginning. Enlisting his training in computer science, Levin is now determined to crack the body’s bioelectric code.

He can’t say how long that will take, but in his bioelectric future, you’ll “actually get to program at the level of anatomy.” Animals could be made to take any conceivable shape. Humans could recover lost limbs and replace failing organs. “If you understood how to build all these structures, you could induce them to be constantly rebuilt,” he claims.

That would put humans into the privileged position of being like flatworms, which can naturally regenerate any body part, and therefore have an indefinitely long life span.

Levin is now studying flatworms as obsessively as tadpoles. “They’ve been with us for half a billion years,” he says. “It looks to me like regeneration is a solution to aging.”

Present at the origin of life, bioelectricity might just be the path to our immortality.