Innovative technologies and forward-thinking policies can help light the way to a low-carbon world. 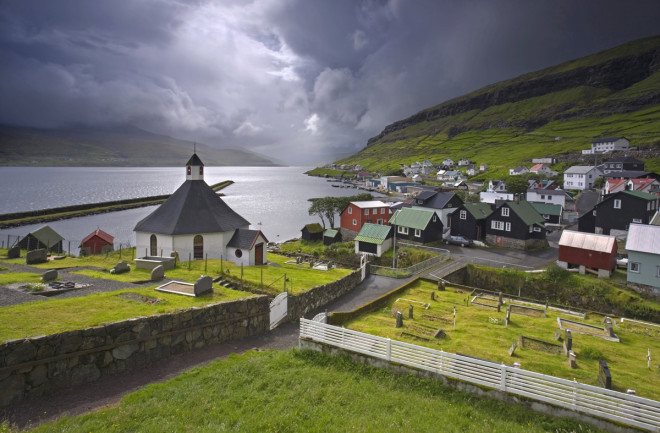 Designing buildings that produce more power than they consume.

9 Ways to Store Energy on the Grid

Innovative energy storage is key to a future of renewable, but unpredictable, solar and wind power.

Chances are you’re reading these words by the light of fossil fuels. Coal, oil and natural gas still account for 67 percent of energy use in the United States, a figure that sums up the nation’s conflicted stance on renewable energy.

Those carbon sources — the decomposed remains of prehistoric plants and animals — fueled an economic, industrial and social renaissance. But powering up came with a steep cost. Since the Industrial Revolution, atmospheric carbon dioxide levels have risen 42 percent. Greenhouse gases have cloaked Earth in an invisible blanket, raising global temperatures. On average, the world is 1.4 degrees Fahrenheit (0.8 degrees Celsius) warmer today than it was in 1880, and climatologists say temperatures could increase by 5.6 to 7.2 F (3 to 4 C) by 2100.

That may not sound like much, but climate scientists warn if we don’t snuff the smokestacks and tailpipes, our world will be transformed in ways humanity has never witnessed. Rising sea levels will swamp coastal cities. Forests will die. Hurricanes will intensify. Droughts and floods will become the norm. Some of these changes are already evident, from the rising tides in Micronesia to the shrinking glaciers of Glacier National Park.

But there is some good news. If we can rein in emissions enough to keep global average temperatures from rising 2 C (3.6 F), we can avert the biggest shocks to Earth’s system, scientists say. We still have time, but not much. Carbon emissions around the world will need to plummet over the coming decades, and sputter out completely by the end of the century.

“If you want a stable climate, you have to bring emissions to zero,” says David Keith, a physicist and public policy expert at Harvard University.

A major test of the world’s willingness to phase out greenhouse gases will arrive in December, when nations gather in Paris to try to agree on what to do about climate change. The aim is for countries to commit to meaningful emission cuts and kick off a global deployment of low-carbon technologies.

Technology is no silver bullet, yet it’s an essential part of the de-carbonization equation. Technological innovation allowed us to tap carbon fuels deep underground hundreds of years ago; now we need it to reinvent the energy system those fuels created.

In this special section, you’ll discover some of the more promising ways to keep the climate cauldron from boiling over. You’ll see how two different countries are transitioning to clean energy, and you’ll get a peek at some innovative and practical energy technologies, from low tech (gravity) to high tech (space solar). Together, these innovations can help illuminate a path to a low-carbon future.

What's the solution? Weigh in here.

You use it every day, but how much do you actually know about energy?

Thirty years ago, a mountain village sparked a national energy revolution. Now, the political and technological movement may face its greatest challenge yet.

Solar satellites could deliver clean, abundant power — if they get off the ground.

Carbon dioxide, the bane of climate change, could enhance and expand geothermal energy.

Turning Algae Into a Better Biofuel

Advances in genetic engineering are yielding cheaper biofuels that could power everything from jets to cars.

Fusion Comes Down to Earth

A promising new method to harness the energy source of the stars.

Hydropower in a Pipe