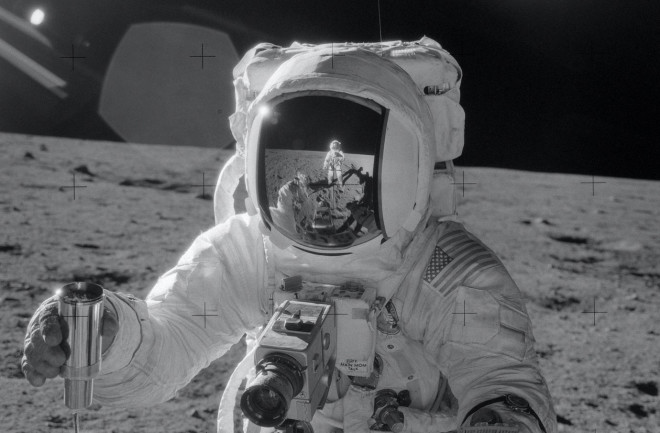 This story was originally published in our Jan/Feb 2023 issue as "First Plants Grown in Lunar Soil." Click here to subscribe to read more stories like this one.

Last May, scientists reported that they’d successfully grown plants in extraterrestrial soil for the first time. At the University of Florida’s Space Plants Lab in Gainesville, a dozen Arabidopsis thaliana plants germinated and grew, each in a few teaspoons of lunar regolith — the dusty material that covers much of the moon.

“The first surprise was that they germinated at all,” says Rob Ferl, who with fellow horticultural scientist Anna-Lisa Paul, directs the lab. “Lunar regolith is sharp and angular. There was no reason to think that plants would embrace it whatsoever.”

The second surprise was how they grew, says Paul. Compared to growth in terrestrial soil, these plants were stunted and stressed. Genetic analyses helped explain why. “Even though they looked well, the plants had to engage different kinds of genes to physiologically adjust to the environment,” she says.

The real surprise was that the plants, stunted and stressed from growing in regolith, grew at all. (Credit: UF/IFAS/Tyler Jones)

Between 1969 and 1972, astronauts collected lunar debris during NASA’s Apollo missions. Since then, geologists have analyzed specimens to study the origins and composition of the moon, but biological studies have been lacking.

That’s because plants change the soil that they are grown in, says Paul, and so would contaminate the samples. “Once you introduce air and moisture to regolith, you start to change the structure of it," says Paul.

The experiment suggests that regolith might be useful for growing food on the Moon. It also shows how plants shape aliens soil, allowing future missions to the moon, Mars or elsewhere to search for telltale signs that foliage once grew.

"We now have in our laboratories samples from the moon that were invaded by biology," says Ferl.