Facebook’s plans for an Instagram for kids under 13 reignites concerns about social media and children. 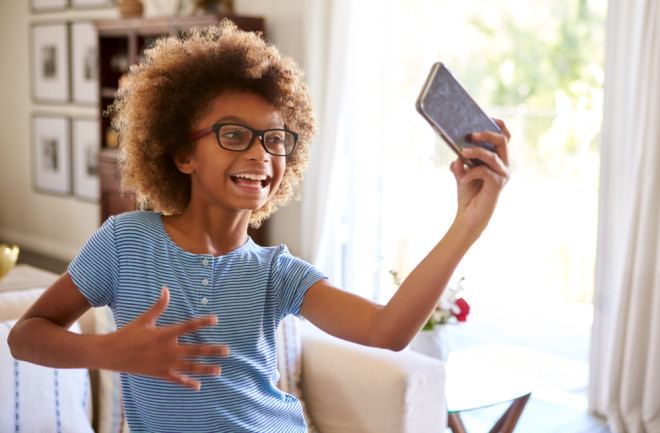 Instagram, the popular photo-sharing app that's owned by Facebook, is currently limited to people over the age of 13. The new app seems to be intended as a solution to the problem of kids who lie about their age in order to create Instagram accounts. In a July 27 statement, Pavni Diwanji, Facebook’sVP of Youth Products, said, “We believe that encouraging [tweens] to use an experience that is age appropriate and managed by parents is the right path.”

Adam Mosseri, head of Instagram, told Buzzfeed that the goal was to create a version of Instagram that gives parents “transparency or control.” It sounds like the idea is to protect kids. But not everyone is reassured. In April, Campaign for a Commercial Free Childhood (since renamed Fairplay) sent a letter signed by more than 100 children’s advocates, both organizations and individuals, to Mark Zuckerberg, Facebook’s CEO, urging him to nix the plan. There are several reasons so many people who care about kids are upset by the idea of younger children using social media. The letter writers cite multiple studies backing up their argument that,

Excessive screen media use and social media use is linked to a number of risks for children and adolescents, including obesity, lower psychological wellbeing, decreased happiness, decreased quality of sleep, increased risk of depression, and increases in suicide-related outcomes such as suicidal ideation, plans, and attempts.

Then there’s the advertising. An American Academy of Pediatrics (AAP) policy statement on kids and digital media states that kids are “uniquely vulnerable” to advertising. Though the AAP has not taken a position on the new Instagram, their statement points out that it is not until around age seven that kids develop the knack of knowing when someone is trying to change their thinking and behavior. Most kids are about 12 before they’re able to grasp that the advertisements they see are part of an intentional effort of companies to sell products and make money. And even when they do know they’re being manipulated for someone else’s gain, kids are even worse than adults at resisting marketing ploys. And of course, in addition to advertising, social media is rife with bullying and sexual exploitation.

But one of the most dangerous aspects for kids on social media is also one of the most insidious. It is during the pre-teen and teen years that kids develop their identities, their sense of who they are. That’s a very fragile and vulnerable time. This is especially troubling because Instagram is a photo-sharing site. Users upload photos, often of themselves, and then receive feedback from other users.

Josh Golin, executive director of Fairplay, describes this in stark terms. “Ultimately what social media does is train young people to see themselves as commodities, to market themselves to their friends in order to gain more popularity on these sites and collect ‘likes’ and ‘friends’ and ‘followers.’” For children who are just starting to form their identities, this kind of instant feedback can be especially harmful, he says. “It tells you that you’re doing it right or wrong, but not right or wrong based on anything that’s good for you. Right or wrong based on what’s good for the platform, good for a company.”

While the only people who seem to wholly support the idea of an Instagram for kids are Facebook executives, not everyone sees it as an unmitigated evil. In many ways, social media has been quite beneficial for kids, especially during the pandemic, when it made it possible for children to stay in touch with friends and grandparents they could no longer see in person. Even before the pandemic, social media was a lifeline for kids who were marginalized in their communities. “For kids who are LGBTQ and live in small towns [social media] might be really important to find people in other places who identify like they do,” says Golin.

Nusheen Ameenuddin, assistant professor of pediatrics at the Mayo Clinic in Rochester, Minnesota, and Chair of the AAP Council on Communications and Media, says that social media is a tool. Whether it’s good or bad depends on how you use it and the intention behind it.

Still, the way this social media tool is designed may not be in the best interest of its users — young or old. “The whole basis of so many of these tech companies,” says Ameenuddin, “is to keep people engaged. The more clicks you have, the more advertising revenue is generated. And unfortunately, what gets a response is often anger and being mean. In the current [social media] system, it doesn’t pay to be nice or civil.” Essentially, this means that algorithms are training the world’s children to be nasty.

It could be otherwise, though. Ameenuddin believes that social media could potentially do good work. However, making that happen would take not only the involvement of parents and pediatricians, but the tech industry. “The people with power, who are the biggest contributors to this issue, need to be more responsible,” she says. And that’s a lot to ask from a company whose entire business model is based on monetizing its users. “I don't think Facebook is setting out deliberately to harm children,” says Golin, “but their calculus is simply about driving profits. And that is often very much at odds with children's well-being.”

More From Discover
The Sciences
Warm Weather Makes Fruit Flies Sleepy, and Biology is to Blame
Mind
How Obsessive-Compulsive Disorder May Contribute to Superior Memory
Health
This is Your Brain Off Alcohol
Mind
Music, Dance and Bilingualism Could Help Alzheimer’s – If Learned Young
The Sciences
Optical Illusions Are Weirder Than You Think
Mind
People Are Drawn To Others With Similar Body Odor
Recommendations From Our Store
My Science ShopDiscover STEM Kits
My Science ShopDiscover 2022 Calendar
My Science ShopStrange Science
My Science ShopElements Flashcards
Shop Now
Stay Curious
Join
Our List