If you have a winning idea about how to make the multi-year trip more self-sufficient, NASA wants to give you $1,000. 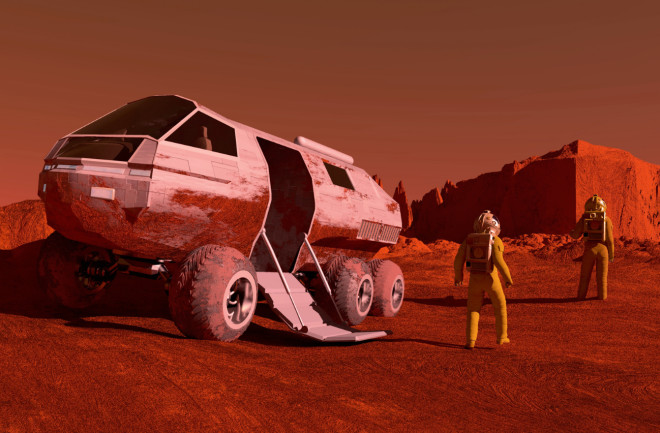 After humans successfully landed on the moon in 1969, many expected a trip to Mars would be close behind. Seeing the first humans walk on the moon was indeed exciting, but over time both public interest and funding for space missions were slashed and dreams of visiting the Red Planet dimmed. While NASA has launched some exciting missions in recent decades, it’s been more than half a century since Apollo 11 put a man on the moon and humans still haven’t ventured beyond our lunar neighbor.

That may soon change, however. If everything — including politics, budgets and technology — lines up just right, humans may land on Mars in the 2030s. The good news about the long wait is that we now have the technology to make such a trip safer than it would have been decades ago. However, there are still many details to work out: choosing the best kind of fuel, figuring out how the long periods of low gravity will affect humans, and timing everything correctly so that we hit Mars when it’s closest to Earth.

On top of that, there are what you might call “supply chain issues.” Have you ever wondered how crew members on the starship Enterprise spent so much time in space without running out of supplies or drowning in their own waste? NASA wonders about things like that, too. Moon missions last only a few days, but a mission to Mars and back would last two to three years. Unlike the process of getting supplies and equipment to and from the International Space Station, the logistics of resupplying ships on a trip to Mars would be fiendishly difficult.

From Waste to Space Base

To make a Mars mission feasible, the spacecraft must be as self-sufficient as possible. And to do that, NASA is asking for help — from all of us. Using the crowdsourcing platform HeroX, NASA launched their “Waste to Base Materials Challenge: Sustainable Reprocessing in Space.” The campaign solicits ideas for turning waste products into materials that can be used in the mission (propellant, for example, or feedstock for 3D printers). Ideally, these materials could be recycled multiple times.

Justine Richardson, research physical scientist at NASA’s Ames Research Center, suggests thinking of spacecraft as miniature factories that use “physical, chemical, or biological means,” to converted components of the ship from one form to another. “For example,” she says, “instead of bringing both packing materials AND fuels, you only bring packing materials that can be converted into fuel when the packing materials are no longer needed. In addition, materials that are no longer needed, like worn or broken parts, can be used as feedstock for other conversion processes. It is a circular sustainable economy.”

The challenge is divided into four categories: trash, fecal waste, foam packaging material and carbon dioxide processing. Each category will offer multiple $1,000 prizes. In addition, four ideas will be judged as “Best in Class.” Each Best in Class winner will also take home $1,000. The total prize money awarded will be $24,000.

Anyone 18 years or older is eligible, as are participants from any country, so long as U.S. federal sanctions do not prohibit participation. Participants can enter as individuals or as a team. If you have a great idea, you can find out more details about the challenge at hero.com/WasteToBase.

This isn’t the first time NASA has sought the public’s help to come up with creative solutions for space missions. In 2020, NASA launched a crowdsourcing challenge called Lunar Loo. In this case, the challenge was to design a smaller, more efficient space toilet (that could function in both lunar gravity and microgravity) for use on Artemis missions to the moon.

The public responded enthusiastically. “The team was blown away by the level of response this challenge received,” said Mike Interbartolo, manager for the Lunar Loo challenge, when the administration announced the winners. First Prize went to a team that developed a toilet with a bladeless fan system to replace the typical suction/vacuum pump system. NASA hopes the Waste to Base challenge will bring in some equally innovative ideas for repurposing waste — biological and otherwise.

And if the crewed mission to Mars is anything like missions to the moon, the ideas and technologies generated to meet these challenges might help not just astronauts on their way to Mars, but those of us staying at home, too. Many technologies we take for granted today emerged from solutions developed for Apollo missions. We have NASA to thank for much of our everyday tech, in fact, from the cameras in our cell phones to the memory foam in our mattresses and better standards for food-safety testing.

Some of the Waste to Base solutions might end up being useful to those of us on “Spaceship Earth” as we face the challenges of both waste management and climate change.

“The solutions we’re developing for a trip to Mars will need to use very low amounts of power and be very efficient. We’re hopeful of a very positive transfer for use on our home planet,” says Steve Sepka, project manager for the Trash Compaction and Processing System at Ames.