Nanosilver Puts the Hurt on Microbes—and Maybe Fish, Too 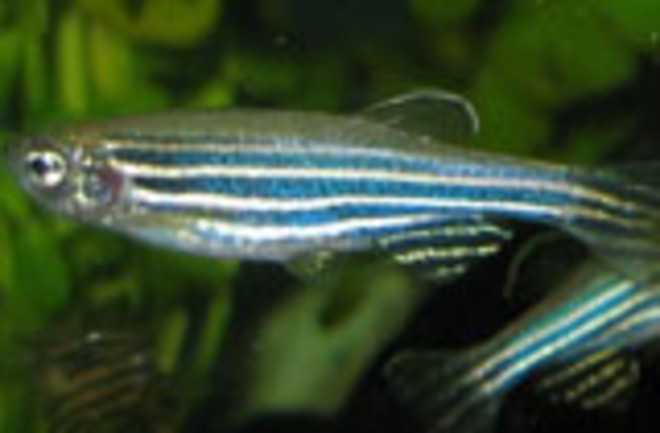 Toys, refrigerators, washing machines, socks—more and more products contain silver nanoparticles. It's no wonder: These particles, which measure less 100 nanometers (smaller than a single HIV virus), can kill microbes on contact. But, researcher Darin Furgeson says, nanosilver can also escape into ecosystems and cause serious damage to fish embryos. Furgeson's team published its results in the journal Small.

In one new experiment, Furgeson, a professor of pharmaceutical sciences, exposed zebrafish embryos to silver nanoparticles in a laboratory, and found that some died and others were left with dramatic mutations. “Some of the fish became extremely distorted, almost making a number nine or a comma instead of a linear fish,” he said [Scientific American]

. Eyes, tails, and other body parts turned out malformed in the fish that survived. Just how much nanosilver gets into the environment? A separate study from Environmental Science & Technology washed nine kinds of nanosilver-containing textiles, including some "anti-bacterial and anti-odor socks" that are already on the market. The researchers found that anywhere from less than 1 percent to as high as 45 percent of the silver came out in the first wash.

Most of the silver was in the form of coarse particles of greater than 450 nanometers, suggesting that mechanical stress in the washing machine was responsible for most of the release [The New York Times]

, and that the nanoparticles might have aggregated to reach that size. Those nanoparticles flushed out by a washing machine can end up in both fish habitats and drinking water supplies. Furgeson says his fish experiments could help show whether nanosilver is a health concern for humans, too.

“Zebrafish have similar tissues and organs to us,” Furgeson said. “They don’t have lungs, but they do have a liver, kidneys and heart – though it is only two chambered – and they have a blood-brain barrier” [Scientific American]