"Interplanetary Internet" Will Soon Bring Twitter to the ISS 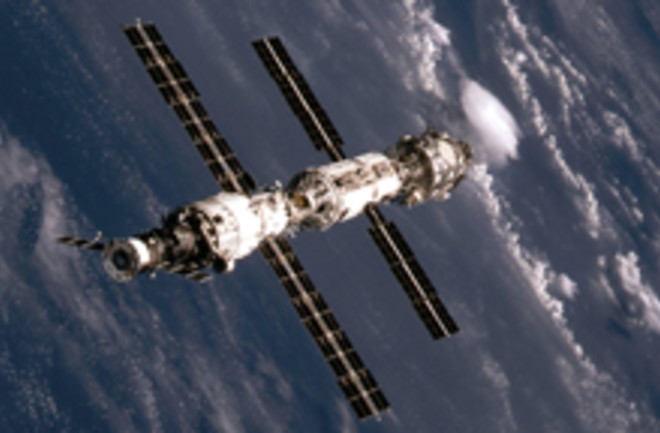 The first permanent node of the “interplanetary internet” has been installed and tested out aboard the International Space Station, in what NASA officials say is the first step to a communication system that could one day span the solar system. The interplanetary internet got its first deep space tryout last fall, when a spacecraft called EPOXI that’s on its way to a comet rendezvous used the system to send images back to its controllers on Earth. Now, researchers are ready to test it out in regular communications with the space station.

There’s a fringe benefit: In just a few months, astronauts will be able to tweet live from the international space station. “NASA is trying to leverage the popularity of Twitter to get its message out,” said [researcher] Kevin Gifford…. “To tweet from space will have a lot of glitz value” [Denver Post]. Currently, astronauts on the space station have to schedule times to send or receive data from mission control below; that’s why the first astronaut to make use of Twitter on a space shuttle flight, Mike Massimino, aka @Astro_Mike, had to send his tweets to Houston and have a NASA employee post them to his profile.

To create the new system NASA turned to Vint Cerf, who co-designed the protocol that’s used across our terrestrial Internet. While the Earth-bound internet uses a protocol called TCP/IP to allow distant machines to communicate over cables, the ISS payload uses delay-tolerant networking (DTN), which is being developed to cope with the patchy coverage in space that arises when spacecraft pass behind planets or suffer power outages [New Scientist]. The new DTN protocol doesn’t expect constant communication between machines, as the TCP/IP protocol does. Instead, data is transmitted from node to node in bundles, and each node is instructed to hold on to its bundle until it can communicate with another node that is able to receive the data.

The new ISS node recently sent down its first science data – images of crystals formed by metal salts in free-fall – using the new programming. Its new capability has already speeded up the transfer of data back to Earth by about four times [New Scientist]. NASA project manager Adrian Hooke says the goal is to have the technology ready to use in international missions in 2011. Once they demonstrate on those missions that the technology is mature and ready to fly, he said, then NASA can use it on a new slate of missions to the moon and Mars [Denver Post].