In Japan, a Robot Works the Catwalk 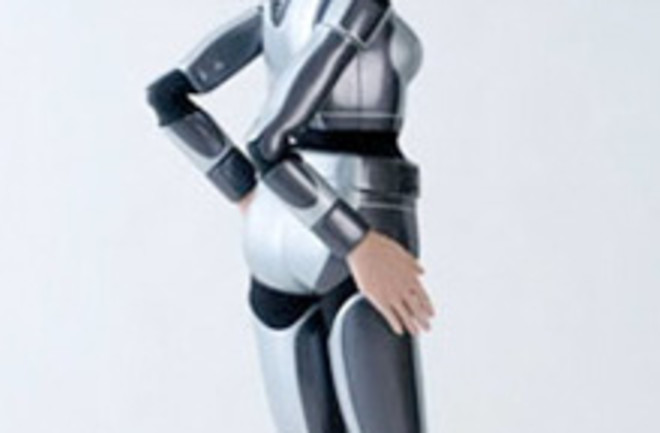 She introduced herself as "cybernetic human HRP-4C" at her first press conference, and charmed her audience just as any supermodel would. She smiled, struck seductive poses, and even made mistakes that her inventors attributed to nerves. Except that this head-turner is a fashion-bot, and she’ll make her catwalk debut in Tokyo on March 23. The model-bot met a smaller crew of journalists this week at Japan's National Institute of Advanced Industrial Science and Technology. They transmitted commands by Bluetooth and she acted accordingly, tapping into the 42 fashion-model-like movements that she's been programmed to emulate. She gave the wrong facial expressions a couple times, but her inventors say that was because all the noisy cameras confused her sound recognition sensors. Designed to resemble an average Japanese woman, the HRP-4C fashion-bot stands about five feet, two inches tall with black, shoulder-length hair. She cost two million dollars to develop, and will retail for about $200,000—not including the extra costs of her outer shell or, of course, her designer clothes. But she only weighs 95 pounds—and with a strict diet of batteries, she probably won’t be gaining much anytime soon. The lovely bot is currently for use in the entertainment industry only, and her designers say they intentionally stopped short of creating a perfectly human-like robot and aimed instead for a more anime style. But they do envision this as a step toward creating an entire humanoid industry. As for what they're all used for...well some have already taken a guess. Related Content: 80beats: What Are the Repercussions of Hiring a Robot to Care for Granny? DISCOVER: 63. The First Robot That Walks Like a Human: Lazily DISCOVER 4 Robots That Are Saving the World