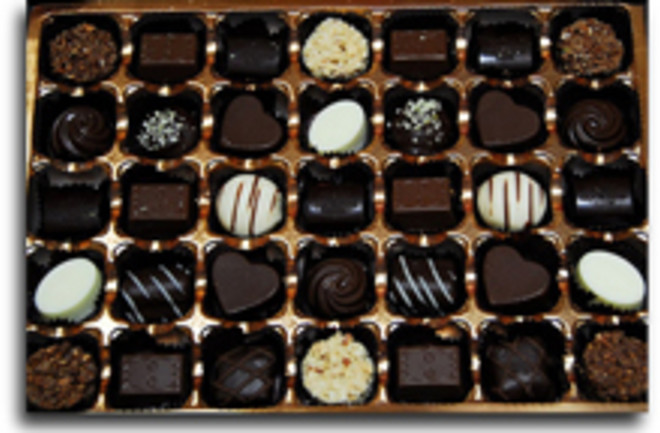 It looks like Oompa Loompas have been replaced by  iPhones. A San Francisco-based 20,000 square-foot-factory began operating this month, becoming the first chocolate factory to be controlled entirely by an iPhone and outfitted with a 3D virtual platform. No surprise, the company behind it all, TCHO, was founded by Wired magazine co-founder Luis Rossetto and technologist Timothy Childs. Their goal is to use iPhones and other high-tech systems to reinvent the way chocolate is produced—allowing them to micromanage the entire process from scratch at cocoa farms until the product becomes edible (and delicious). When Rossetto and Childs decided to combine chocolate making with technology, they teamed up with FX Palo Alto Laboratory to create an iPhone app that could turn a factory's mixers and grinders on and off. And to make sure it all runs smoothly, every part of the factory is monitored with live cameras that stream footage straight to the Internet. Even the temperature is monitored with temperature-control boxes that are connected to the Web. Some of the machines are outfitted with cameras, so that operators can get a virtual sneak peak at the chocolate making in action. The factory is slated to churn out 4,000 metric tons of dark chocolate this year—with chocolate bars, chocolate-covered cashews and mangoes, and other pieces made especially for cooking—all wrapped up, and ready for consumption. And if the company is at a loss for what to do with their chocolate leftovers, they can always try running their cars on it. Related Content: 80beats: The First Chocoholics Cosmic Variance: The Physics of Chocolate DISCOVER: Getting Drunk on Chocolate in 1100 B.C.