How Using Food for Fuel Could Decrease Food Prices 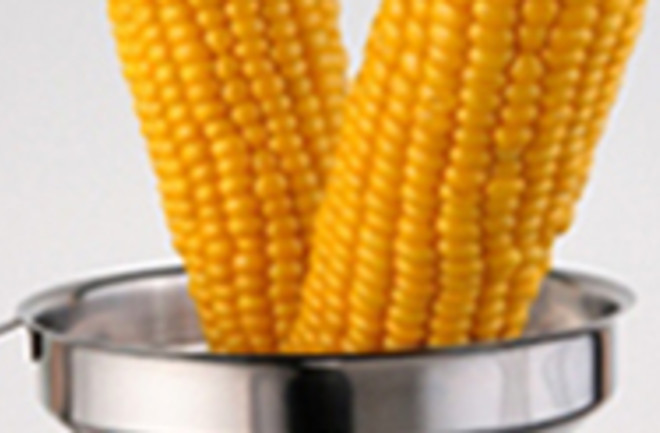 With worldwide food prices on the rise, it's time to play the blame game. President Bush started it off with a bang, stating in a May 2 news conference that India's growing industrialization and increased food demand from the middle class were, in essence, the culpable parties. No surprise, his remarks spurred indignant responses from Indian commerce and economics officials, who fired back with the argument that the increase in food prices has as much—or more—to do with American overconsumption as it does with industrialization in India. Their argument is supported by recent research showing that the 34 percent of Americans (and similar percentage of British) who are obese consume 18 percent more food energy than the rest of the population. But another major factor that's, er, fueling the price increase is ethanol. Since the embrace of the corn-based product as an alternative fuel source, the federal government has mandated that large amounts of U.S.-grown corn be converted into biofuels. To this end, the feds created additional subsidies to induce farmers to grow corn for fuel as opposed to food—meaning that substantial amounts of what was once food-producing land has been diverted to non-food production. Combine less product with higher demand and prices are bound to creep up. Ironically, it was all those corn growers creating an abundance of corn-based foods that helped obesity rise in the first place. Obesity and food experts credit the mass production of high fructose corn syrup, a high-calorie liquid sweetener found in most packaged foods, with jump-starting the obesity epidemic. The product, introduced in 1970, is now a staple ingredient in everything from soft drinks to fruit juices to cookies. In 2000, the average yearly consumption of HFCS hit 73.5 pounds per person in the U.S. But now that all those corn fields are being diverted to ethanol, will HFCS production fall, leading to lower obesity rates, less overall demand for food, and thus lower food prices? It's possible. HFCS came to dominate the market because it was cheaper than cane sugar; with more corn getting "eaten" by cars, the prices are going up, which may mean more foods sweetened with good 'ol sugar rather than HFCS. As obesity expert Eric Finkelstein told me in an interview, "It's not clear that [the ethanol shift] will help reduce oil dependency, but perhaps it will help with obesity." So while it's done nothing good for food prices yet, all that ethanol land diversion may actually drive our obesity rates (and food demand) down—even if it doesn't do jack to reduce our carbon emissions.